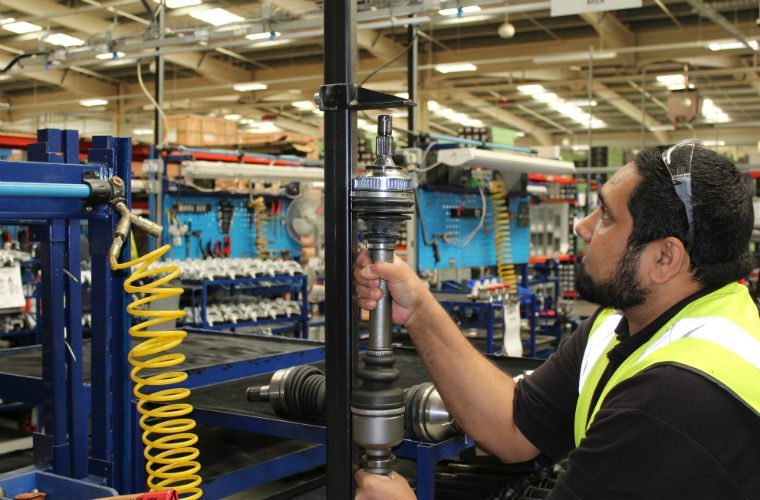 Shaftec is this week explaining how garages owners can get the best return on surcharge.

By obtaining the ‘reman check list’ for steering racks, Shaftec says it makes “crystal clear” the defects which make a component difficult or impossible to remanufacture.

Being armed with such facts makes it easier for motor factors to advise their garage customers on correct component removal.

Tom Curtis, Shafec director said: “Obtaining core in a fit state to remanufacture can render the surcharge obsolete, which is something we never want to do as it doesn’t benefit anyone in the chain.

“But a bit of knowledge and understanding when removing the part goes a long way towards ensuring that everyone gets the best out of the remanufacturing process.”

Shaftec works with safety critical parts which need to be disassembled, reprocessed, remanufactured and tested.

Damaged core isn’t suitable and so the business invests heavily in the quality of the return and the source of collection.

The company says that the importance of core quality varies from product to product.

When remanufacturing driveshafts the pots and CV joints are always replaced, so as long as they not broken or bent, they can be used.

Similarly with calipers; so as long as the casting isn’t badly corroded or cracked they can generally be remanufactured as everything else is replaced.

However, due to the complexity of both the product itself and the remanufacturing processes, for steering rack and pumps Shaftec’s core return criteria is a lot more stringent.

When accepting core units, amongst other parts, the rack body, pinion, mounting brackets, inlet ports and bar must be completely undamaged.

“Let’s get one thing clear, we do not want to reject anything,” says Tom.

“We have a team in house specifically tasked with sourcing core constantly so we need as much of it as we can get, but if a returned unit is not in a condition where we can remanufacture to the required quality then we unfortunately have to throw it away.

“We pride ourselves on working with the customer and really do want to make their life as easy as possible.

“In line with this, we’ve significantly loosened the belt on our criteria over the years.

“The biggest change being that in October 2018, we lifted the criteria on corroded rack bars.

“Previously, if the rack bar beneath the gaitor was corroded or pitted due to water ingress – which would invariably mean that it had contaminated through to the rack internals – it was rejected.

“We are now taking this particular criteria ‘on the nose’ and instead of passing the rejection back to the customer we scrap them yet still honour the surcharge credit; even though the unit is useless to us.”

Joe Toakley, area sales manager at Shaftec added: “The best thing a motor factor can do when selling a rack is to have the conversation about making sure the old unit comes back in as good a condition as possible.

“All too often we see rejections due to unit damage that could have only occurred once off the vehicle.

“Pinion damage is a perfect example, as well as cutting pipes and damaging ports at the same time, cutting electrical cables on electric racks.

“The old units should be treated as new – after all, this piece of core is destined for a full remanufacture.

“The cost of some surcharges are greater than the cost of the unit itself and this should scream out the importance of good housekeeping.”

For further information about Shjaftec, select ‘more details’ below.