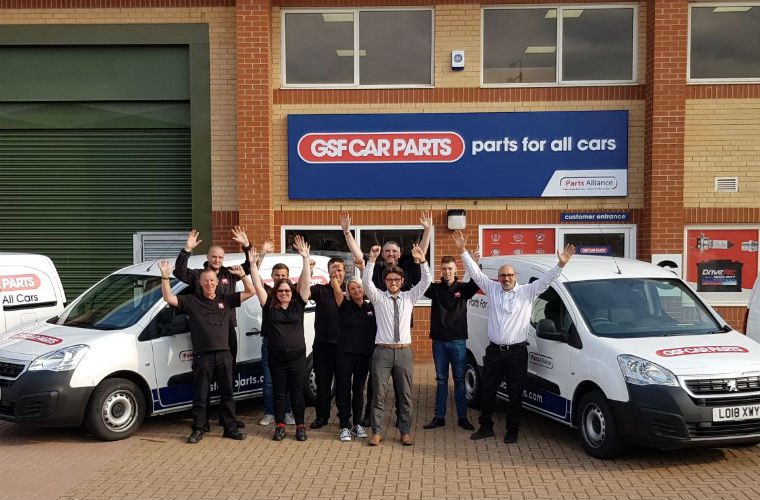 Within the last two weeks both Weston-super-Mare under The Parts Alliance brand and GSF Colchester have successfully opened for business.

Blackpool also joined BBC Superfactors branch network back in June, after branches in Middlesbrough, Croydon, Leeds, Newcastle, Indian Queens and Durham have all been added since January.

At around 5,000 square feet Blackpool has been keeping an existing delivery fleet of six vans busy.

“Despite a glorious summer and the holiday season, we don’t seem to have seen any kind of dent in our trading at Blackpool, instead it’s been growing steadily thanks to a good branch team.”

GSF Colchester opened at the end of August and has a larger 5,500 square feet facility utilising four vans and two motorcycles for trade customers.

“From day one, we’ve had trade accounts open and deliveries going out so it’s been a really positive start.”

Steve Gray, divisional director of The Parts Alliance has overseen the opening of the largest site.

“Weston-super-Mare is a key strategic location, we’ll be supporting trade to independent garage customers and national accounts in the surrounding area too.”

All of the sites feature split level storage with room to expand as business grows.

The national car parts distributor is expected to continue to grow with a combination of branch openings, strategic acquisitions and new memberships, giving it a uniquely flexible range of ways to expand UK coverage.

To find your nearest branch, click ‘more details’ below.