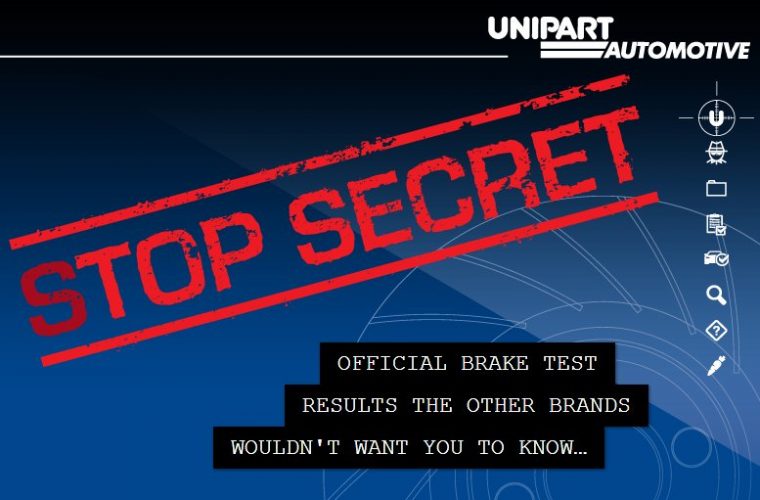 Parts quality continues to be a topic of contention amongst some of the aftermarket’s biggest names following a controversial brake pad test report by Unipart.

Quay Brake Testing ran tests on a range of brake pads on behalf of Unipart Automotive. The samples included five different brands of pad, all of which were used on a Vauxhall Zafira under identical conditions.

Details of the tests can be viewed here, on the dedicated Unipart ‘Stop Secret’ site. They included a high speed test, a test for fade and a number of performance tests. Unipart scored its own pads best by overall average across the tests (although this ‘average’ claim itself is subject to debate).

Unipart Marketing Director Andrew Jeffrey said, “This is about our guys going out to the market to discuss specification and performance, rather than a vague notion about OE supply.”

The names of the competitors were initially included on the site but have since been removed. It’s perhaps not surprising that ‘caution’ is now moving up Unipart’s agenda. Legal action was swiftly announced by TMD, aimed at making Unipart retract some of their post-test statements. TMD was scored 5th of 6th overall on it’s Pagid brand which is available from Euro Car Parts.

Pagid also moved quickly to publish grounds for refuting the Unipart claims. Their five point message argues the tests were not industry standard, did not mimic real world conditions and the results data itself was presented in a ‘misleading format’. They also say other key performance attributes of brake pads including working life, comfort and noise were not considered at all. You can read TMD’s document here.