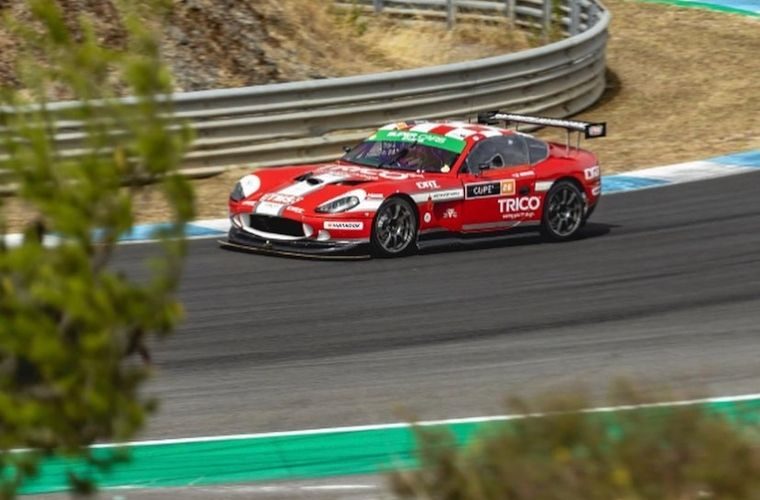 As the Supercars GT4 South season reaches its summer break, near the halfway mark of the championship, the TRICO-backed team, Tockwith Motorsports, hold a comfortable position in the GTC category, with Jemma Moore making a name for herself in the racing world.

It’s been a highly successful season so far for Tockwith Motorsports.

Three wins out of four mean that Jemma in the team’s red, TRICO-liveried, Ginetta G50 head the standings in the GTC category.

Unfortunately, due to team mate, Aubrey Hall, not being able to do the second round of the series, Jemma had a new team mate, Paulo Sousa.

The only blemish on an otherwise 100% win record so far, was a rogue mechanical issue, after the car picked up debris and shed a belt, forcing it into retirement in the second race at Estoril, in Portugal.

However, with double wins at Spain’s Jarama circuit and a third victory at Estoril, TRICO is still confident that the team will continue to be at the sharp end of the standings over the remaining rounds of the series.

“My pace was strong and we were in contention for a top 3 overall.

“We had the fastest lap – until unfortunately debris took our alternator belt off, then resulting – a few seconds later – in us losing the oil pump belt.

“We take the positives away from the weekend knowing we had the pace for a top 3 finish in front on the rest of the GT’s.”

Jemma has moved into the series filling the slot in the TRICO car vacated by older sister Sarah, who is now a front runner in the W-Series – currently lying fourth in the high profile championship.

TRICO’s Group brand and marketing manager (Europe), Sam Robinson, said: “We’re thrilled with how the season is going so far and Jemma has come into her own on the track, she’s always been a fantastic driver and her incredible abilities are coming through in her driving.

“We’re more than confident than the team will continue to do well and we’re excited for the rest of the season.”