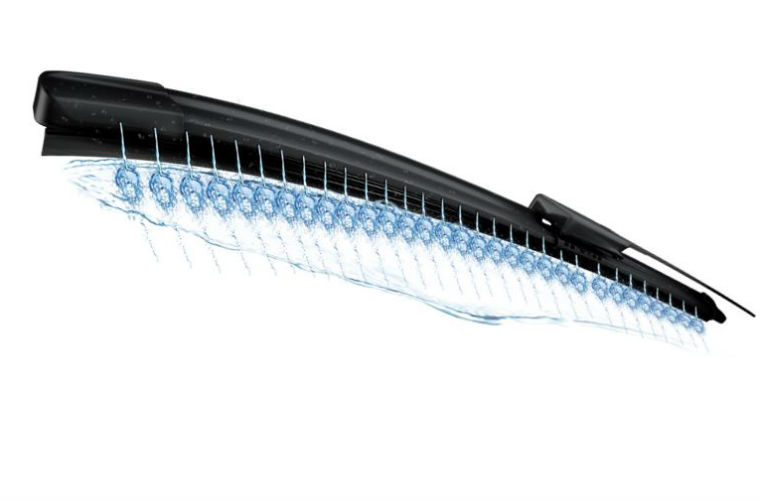 The revolutionary and exclusive Valeo AquaBlade wiper system designed and produced by Valeo is conquering the aftermarket with key range extensions.

The core spirit of Valeo Silencio has been to make the exact same OE cutting edge technologies available for the aftermarket as quickly as possible.

In addition to its conventional, hybrid, flat and rear wiper blades, exclusive Valeo AquaBlade innovation, winner of the PACE Award and Automechanica Motortec innovation Award in 2019, proved its worth.

While traditional wiping systems spray the washer fluid from the engine compartment bulkhead or hood the Valeo AquaBlade wiping system distributes fluid along the entire length of the blade.

A Valeo spokesperson said: “The entire surface covered by the wiper is uniformly cleaned, whatever the speed of the vehicle.

“This is particularly important for vehicles with large windshields such as minivans and some city cars.

“With the Valeo AquaBlade wiping system, the right amount of fluid is provided right where it is needed, thereby halving fluid consumption and significantly reducing weight.”

For further information about Valeo, select ‘more details’ below.