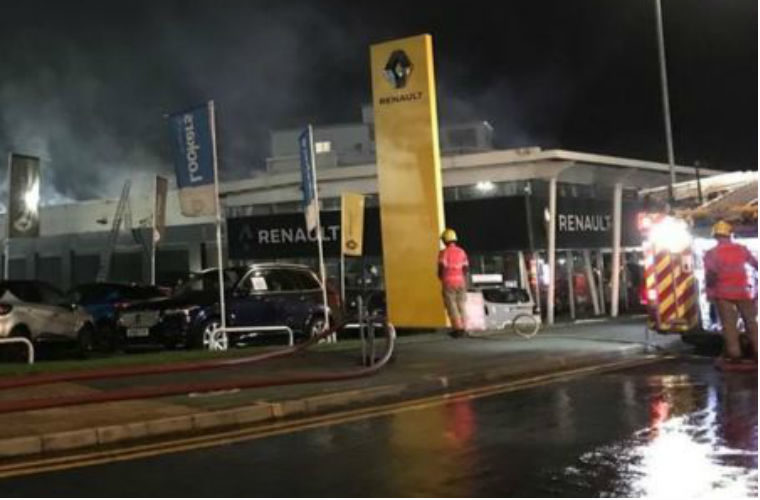 Firefighters have brought a fire under control after it broke out in the services and parts department of a Renault main dealer in Stockport during the early hours of yesterday morning (Monday 2 September).

Greater Manchester Fire and Rescue Service said 14 engines were present at the fire’s peak and crews managed to contain the fire, “saving a significant part of the building”.

Fire investigation will be liaising with Greater Manchester Police to determine a cause.

Ben Levy of Greater Manchester Fire and Rescue Service said: “Crews were focused on protecting the assets inside the building and the majority of the fire was contained to the services and parts area.

“Thanks to their hard work a significant part of the building was saved.

“Fortunately, the fire happened in the early hours of the morning and this was when the smoke was at its worst.”