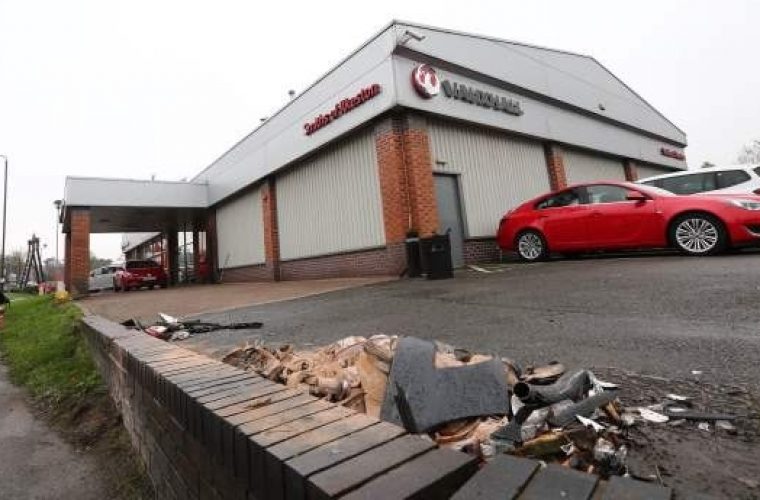 The Derby Telegraph has reported on £100,000 of damage to Smiths of Ilkeston premises after four new cars were written off, with two others left badly damaged, when a car left the road and crashed into a Derbyshire dealership.

Managing Direct Chris Dixon, who was called out by police to the showroom on Station Road early on Saturday morning, said: “Four brand new cars have been written off, two have been extensively damaged, a barrier was destroyed and the front door smashed. A lamppost was also flattened.

“It is fortunate that this happened in the early hours because at least there were no staff or customers about.”

Police said the car had left the road before careering onto the forecourt and overturning. One of the two men inside the vehicle suffered minor injuries. Despite the inconvenience, Mr Dixon said it was business as normal at the Vauxhall dealership.

Two men were arrested on suspicion of drink-driving after the incident which Mr Dixon described as an act of ‘mindless stupidity’.