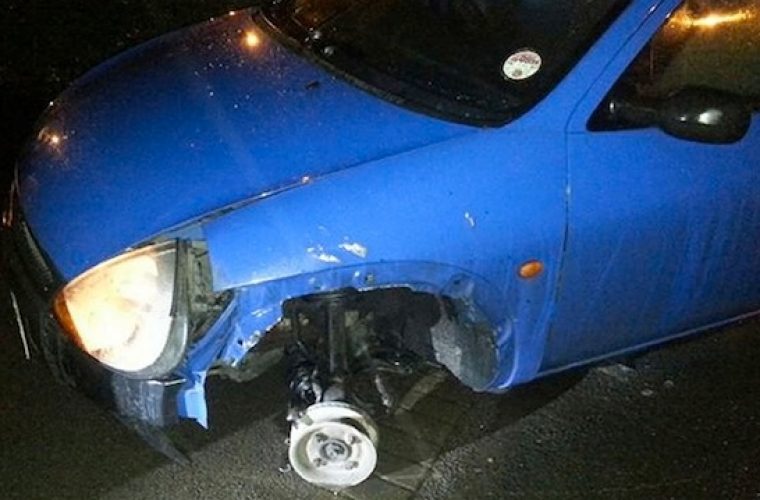 The Birmingham Mail reports on drunk-driving hairdresser Laura Hewlett-Conway. Witnesses were alerted by loud screeching noise coming from the 33-year-old’s Ford Ka as she drove for over two miles without noticing one of her wheels had fallen off.

Officers traced Hewlett-Conway to her home by following the damaged road surface and tyre debris before discovering the Ka’s nearside front wheel almost completely destroyed. Hewlett-Conway herself was found stood next to the car, dressed in her pyjamas and unsteady on her feet.

PC Tony Winter, from Solihull Police, told the Birmingham Mail: “The car was making a deafening noise as it scraped its way along the road.

“It’s incredible she managed to drive so far without colliding with other vehicles or causing a serious accident. It was extremely dangerous driving and beggars belief she couldn’t have known there was something seriously wrong with the car.”

Birmingham Magistrates’ Court heard that she admitted drink driving and dangerous driving only after supplying a roadside breath sample showing her to be over twice the legal drink-drive limit.

Hewlett-Conway was ordered to complete 180 hours of community service and was placed under an 18-month supervision programme and banned from driving for 17 months.