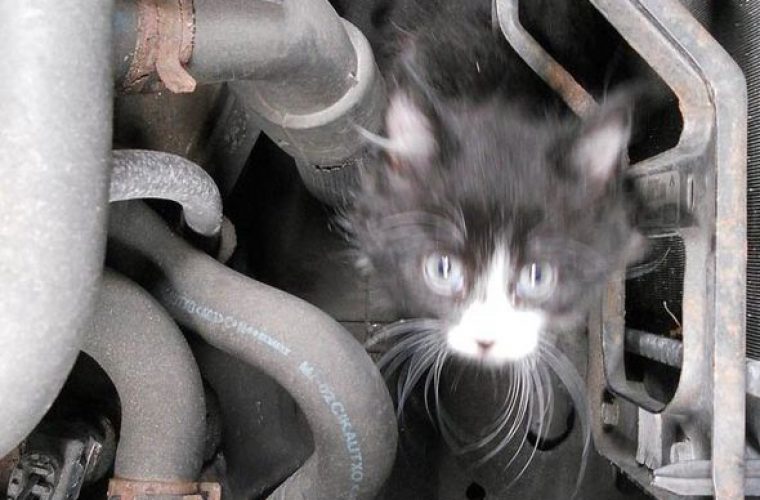 The kitten, now appropriately named Lucky, hitched a ride in the engine of a car and survived a four-mile round trip without a mark.

Steven Goldstraw was driving home after taking his dog for a walk in the local park when he heard a strange sound above the engine noise. He stopped his Renault Clio and on opening the bonnet was amazed to see the tiny face of black and white kitten, nestled close to the engine’s radiator, staring right back at him.

“It looked absolutely petrified,” said Steven. “As soon as I opened the bonnet it looked up at me.”

The nine week old kitten then emerged unharmed. Lucky is believed to have been abandoned by its owners and has now been adopted.