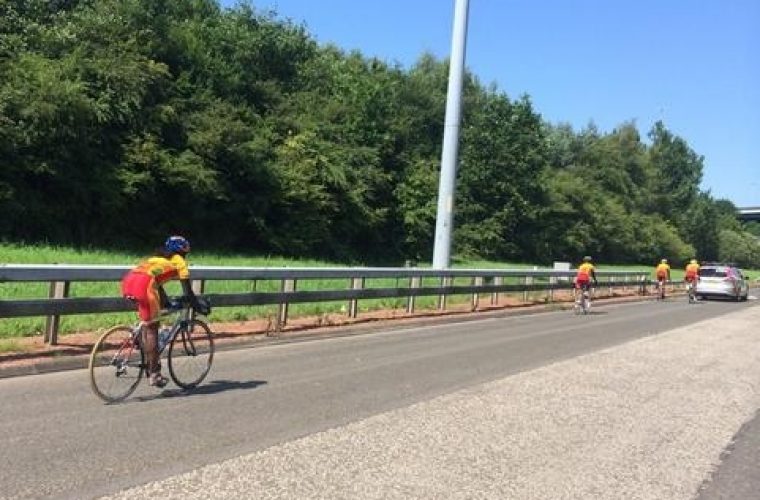 Four members of Sri Lanka’s Commonwealth Games team were stopped by police when they were spotted cycling down the M74 near Glasgow.

They were seen on one of Scotland’s busiest stretches of road at the exit for Motherwell and Hamilton before being told they were breaking the law. The junction is close to Strathclyde Park, which hosts the triathlon events.

“Police attended the scene and advice and assistance was given,” Police Scotland said.

The quartet were photographed by Olympic champion and England triathlete Alistair Brownlee who tweeted: “The Sri Lankan cycling team cruising down the M74, lovely spot for a bike ride.”