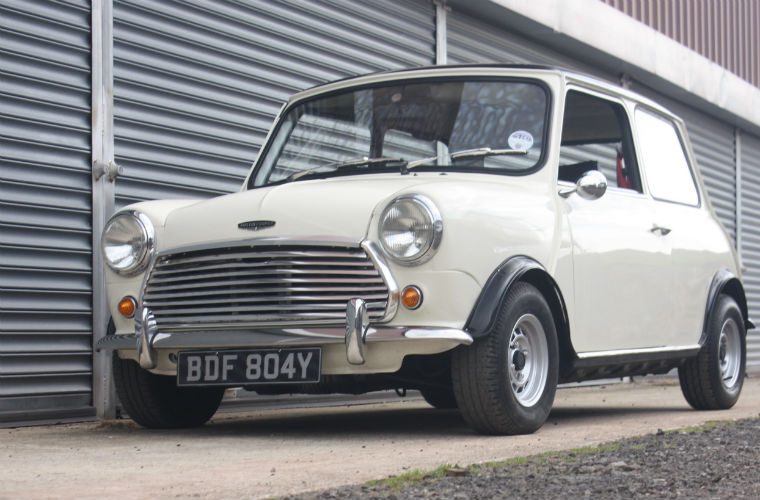 Customers were left reeling after promises to restore their classic cars were broken leaving victims thousands of pounds out of pocket.

Around forty customers claim to have been defrauded out of nearly £300,000 by businessman who vanished without completing work they had paid for, reports the BBC.

It is alleged that Christopher Handford took the money from unsuspecting customers under the pretence of completing restoration work on their classic cars.

One customer, Matthew Slater, commented: “”I was promised two full restorations and that has just not happened, I just got empty promises.”

Instead of the work that was promised, Handford is said to have stripped the classic Mini’s of essential parts, such as doors, engines and steering columns, costing Mr Slater more than £20,000.

“I have known him for six years and he should not have done this to a friend, let alone anyone else.”

Will Taylor became friends with Handford through a Mini club had a similar experience: “It went in as a nice show car – polished, clean, shiny wheels, there’s actually more rust on it now than when it went in.

“I considered us quite close friends – obviously friends shouldn’t do this to each other.”

Despite losing more than £7,000, Beverly Hulme said she is one of the “lucky ones” as Handforth had not touched her vehicle, which has been in her family for more than forty years, getting it back in exactly the same condition as when she had left it at the garage.

After she stopped receiving emails, Ms Hulme was prompted to check out reviews of North West Mini Motors online, which she said were “quite scary”.

Ms Hulme further commented: “There could be potentially so many more [victims] out there that we can’t get hold of, It’s a case of making sure he doesn’t do this again and take money from other people.”

Have you ever been a victim, or are you aware, of a similar situation? Leave your comments below.