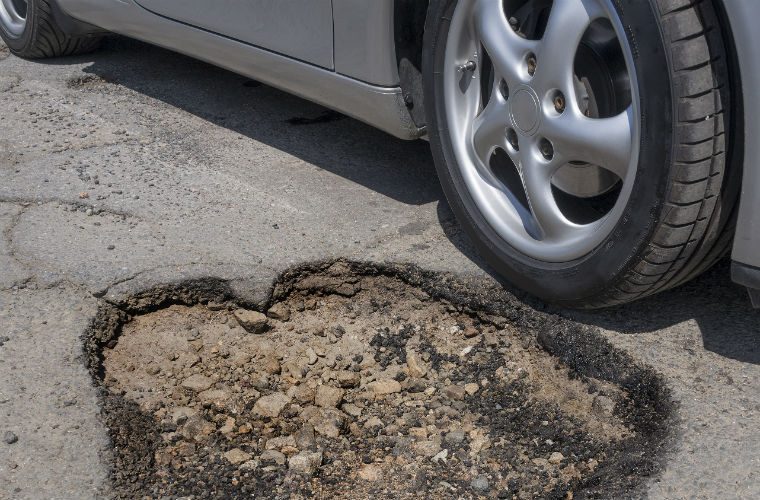 The UK’s perennial pothole problem shows no sign of ending any time soon, according to the latest breakdown data analysed by the RAC.

While, as is customary, the total number of pothole-related breakdowns, such as damaged shock absorbers, broken suspension springs and distorted wheels, attended by RAC patrols in the third quarter of the year dropped substantially to 1,746, the number of such call-outs seen over the last 12 months remains stubbornly high.

In the last year the RAC dealt with 14,220 breakdowns where the overwhelming likelihood was that they were caused by potholes – the second highest percentage ever recorded since the RAC started analysing the data in 2006.

The Pothole Index, which is the RAC’s long-term indicator of the health of the UK’s roads, remains considerably higher than it was in the third quarter of 2017 when it was 2.38.

The RAC say motorists are now more than 2.5 times as likely to suffer a pothole breakdown than they were 12 years ago.

Data from the comprehensive study of motoring trends shows a marked increase in the proportion of drivers who say the state of local roads is one of their top overall concerns, up from 33 per cent in 2017 to 42 per cent in 2018.

In addition, two-thirds of the 1,808 drivers surveyed (66 per cent) said the condition of local roads had deteriorated in the last 12 months which represents a worrying increase on 2017 when the percentage was 51 per cent.

Motorists who live in the East of England (81 per cent), the East Midlands (82 per cent) or Scotland (78 per cent) had an even greater tendency to say conditions have become worse than the UK average.

RAC chief engineer David Bizley said: “We cannot simply blame Storm Emma and the Beast from the East, even though they certainly made matters worse.

“The government has continued to make some efforts to address the issue.

“In March 2018 a further £100m was made available to help local authorities repair potholes and storm damage that had resulted from the harsh winter weather.

“However, this needs to be seen in the context of the maintenance backlog of over £9.3bn reported by the AIA which is their estimate of the one-off investment required to return local roads to a state that is fit-for purpose.

“We need a ten-year plan with ring-fenced funding that will eliminate the backlog of preventative maintenance that will stop the plague of potholes appearing every time there is bad weather.”