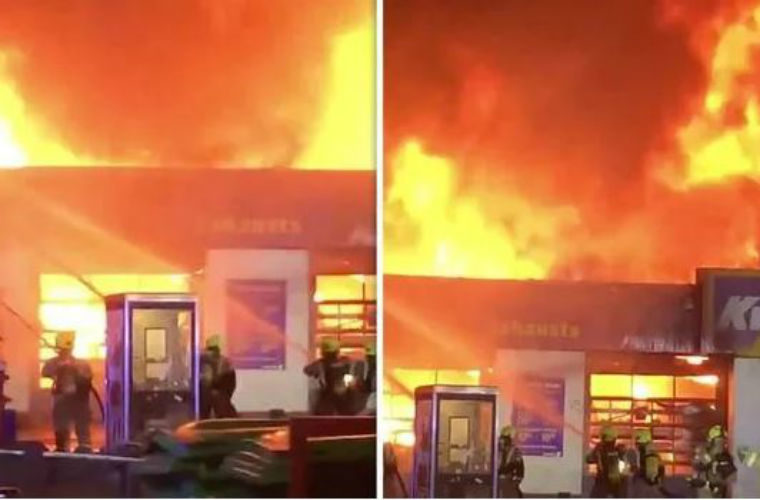 An investigation into the cause of a fire at an east London Kwik Fit branch earlier this week is now underway.

The blaze broke out at Kwik Fit, High Street North, shortly before 10pm on Tuesday, August 13.

Ten fire engines were called to the scene, with around 70 firefighters tackling it.

People living nearby were evacuated as a precaution.

The London Fire Brigade have said in a statement: “The single storey unit was badly damaged by fire.

“People from neighbouring properties have been evacuated.“Fire crews from East Ham and surrounding fire stations.

“The cause of the fire is under investigation.”

Dramatic footage was shared on social media showing flames tearing through the workshop as smoke billowed into the sky.

The fire was under control by 11.18pm, according to firefighters.