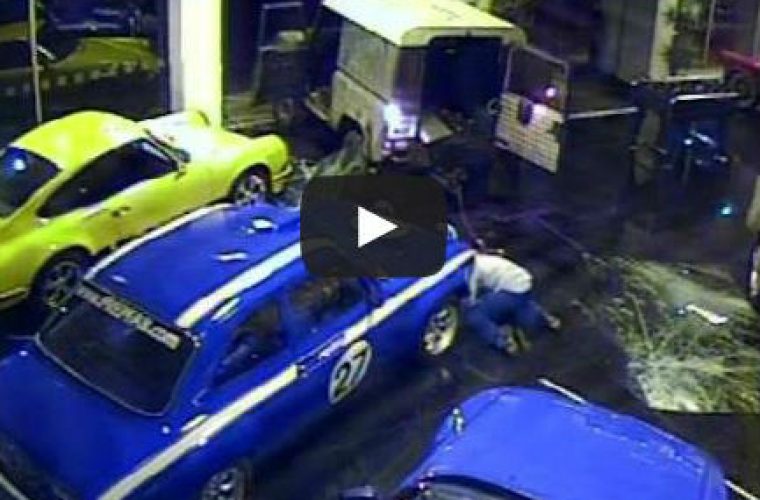 Police have released CCTV footage of a ram raid in Surrey, during which a Ford Escort Mexico worth £120,000 was stolen.

The offenders’ broke into the Trackspeed classic car showroom near Guildford at 9.19pm on Tuesday March 3, 2015. The burnt-out Land Rover Defender was later discovered nearby.

Detective Sergeant Adam Tatton said: “The footage released demonstrates the audacity of this crime and how it was clearly meticulously planned.

“I am hoping anyone who has any information which could help with the investigation will be mindful to contact officers as soon as possible and help us piece together exactly what has happened to this distinctive vehicle.”

Surrey Police have asked anyone with information about the blue Mk1 1972 Escort, registration number DAD 422K, to contact them.