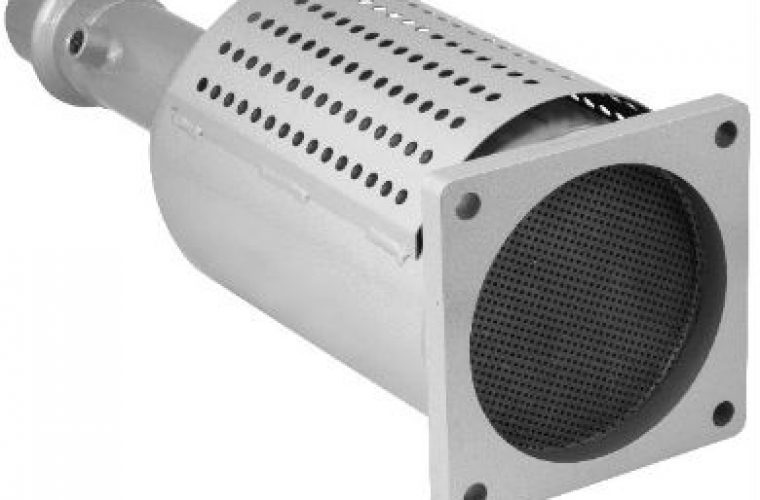 As a leading supplier for the aftermarket, Bosal Automotive and Industrial Components exploits its expertise in the automotive sector to pioneer state-of the-art technology for exhaust systems.

A DPF operates as an emission-reducing measure in diesel engines by trapping the exhaust stream particulate matter by the process of filtration.

This process is an efficient and effective way of removing diesel particulate matter (DPM) from the exhaust stream.

During a ‘regeneration’ process, the soot collected is incinerated at high temperatures with virtually no residues.

DPFs must be cleared of the accumulated DPM, either at regular intervals, or during operation.

If this isn’t carried out, Bosal say the filter will eventually block.

Bosal adds: “DPFs also can and will block prematurely through no fault of their own.

“If a DPF has blocked prematurely due to a fault further up the exhaust stream, then replacement or cleaning of the DPF won’t solve the issue; it’s very likely that the DPF will block again after a few miles.

“Regular replacement takes place after approximately 90,000 miles, so it’s therefore not normal for a DPF to block within just a few miles or months after cleaning or replacing.

“This clearly shows that there is a fault upstream or the vehicle has reverted to a stop-start repetitive drive cycle for long periods, where no regeneration has been taking place.”

For regeneration to occur, there must be a sufficient amount of fuel in the tank, Bosal advise around 20 litres of fuel.

For a passive regeneration to take place, the soot content must be under 45 per cent on average.

Bosal said: “It’s unlikely that passive regeneration will occur if engine oil gets diluted and/or degraded with diesel and if fitted with oil quality monitors.”

Bosal adds: “Failure to clean DPFs at recommended intervals can damage or destroy the filter and may also damage the engine due to increased backpressure.

“There are also negative effects on engine components, the injection system and motor oil.”

Removal and replacement of the filter with a new one is a common solution.

However, filter removal can be costly and complex, and a more cost-effective solution for clogged DPFs is a cleaner, such as REGEFLEX, which not only removes contaminants but provides consistent engine performance and low fuel consumption.

Using a cleaner can also dramatically improve the performance of the regeneration process at low operating temperatures and prevent loss of performance.

In short, it restores the full intake capacity of the diesel particulate filter.

For further information about Bosal, click ‘more details’ below.