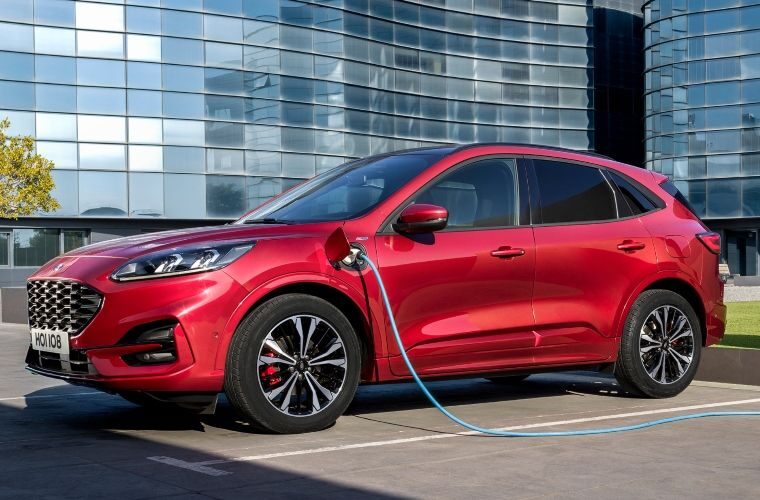 Ford has confirmed that it is to give £500 worth of free fuel and an extended warranty pack to owners of its Kuga PHEV model, which went on sale earlier this year but was quickly retracted from market due to concerns about the batteries overheating and causing fires.

The carmaker announced a safety recall in August and said it was temporarily suspending sales over the issue which is believed to affect up to 27,000 cars globally.

Owners were told to only use their vehicles ‘EV auto mode’, which disables the car’s pure electric powertrain.

The free fuel offering is being offered to owners to compensate for the increased fuel consumption caused by the issue.

A statement from Ford said: “The safety of our customers is a top priority.

“We realise that vehicle recalls are inconvenient to customers, but they assure vehicle safety in service.

“As part of our commitment to safety, the sale of all Kuga PHEV vehicles is temporarily suspended to address a potential concern with the high voltage battery, which in certain circumstances could result in a fire in the battery area.

“Customers currently in possession of any Kuga PHEV are advised to not charge their vehicles and to only drive in EV Auto mode until rework is completed by their Ford dealer.

However, there have been no injuries or fatalities as a result of the glitch at this stage.

In its latest statement Ford said: “We will take care of our Kuga PHEV owners and are looking at ways to improve customer experience during this difficult situation, including providing an extended warranty or maintenance service provision, depending on market.”