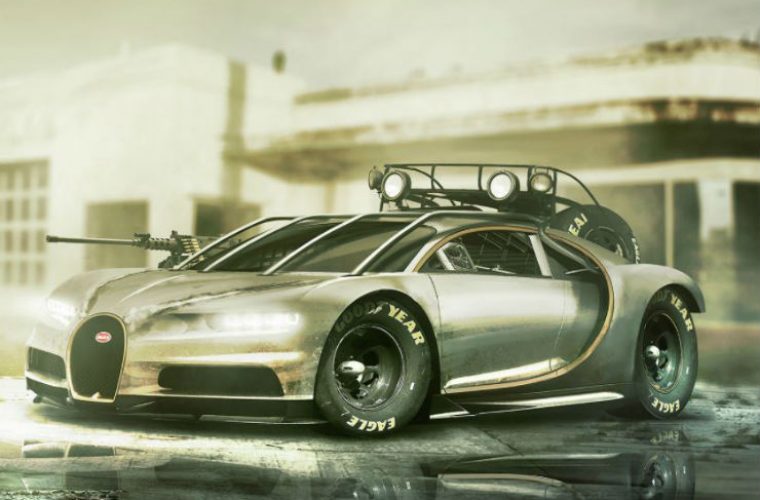 WhoCanFixMyCar.com has revealed the best cars to help people survive the end of the world, ahead of the latest Rapture prediction, 23 April.

The company has used its market knowledge to create the tongue-in-cheek list and suggested modifications to vehicles to make them ‘apocalypse-proof’, giving people the best chance of survival.

The UK’s biggest online garage and repair marketplace has revealed which cars will help humankind survive the apocalypse.

WhoCanFixMyCar.com created the list in response to the news that the latest prediction of the Rapture is due to take place on April 23rd.

The end of the world has been predicted hundreds of times since 66 AD.

More recently, the news that the Doomsday Clock is closer to midnight than ever before**, which also factored in choosing the final seven.

WhoCanFixMyCar.com used its knowledge of the motoring industry to find out the best vehicles to use in a post-apocalyptic world and the suggested modifications to ‘apocalypse-proof’ each of the chosen vehicles.

This vehicle can carry up to 4,500kg, accommodate 10 people and withstand bullets, mines and other explosives and can be fitted with night-vision devices, helping to navigate terrain at night.

Made for the President of the United States, it’s a luxury limo that has bomb-proof steel plating, bulletproof glass and Kevlar-reinforced tyres.

It has night-vision cameras already installed, can suppress fire and withstand chemical attacks.

Top Gear has put this car through its paces; it has been submerged in the ocean, crashed into a tree and set on fire, showing that it can withstand the harsh conditions of an apocalypse.

The Defender can be adapted into almost anything, including tow trucks, mobile ambulances and snow ploughs, it’s adaptable and durable enough for a post-apocalyptic environment.

It also shares common parts with other vehicles, so can be easy to repair on the road.

An 8-wheeled, 4-axeled, 30-ton motorhome, built to travel wherever you might want to go.

Plus, it can hold 660 gallons of petrol, so you rarely need to step foot on earth for a long while.

This car has taken the award for fastest car and has super acceleration power; reaching 186 mph in 13.6 seconds, and its four-wheel-drive gives you an advantage on the crumbling roads.

Nothing will get you away from impending doom quicker.

The site has 1m users and recently processed more than 155,000 quotes through the site in one month.

Al Preston, co-founder of WhoCanFixMyCar.com, said, “Fans of TV shows like The Walking Dead and films like World War Z and Mad Max: Fury Road often consider how they may actually survive in a post-apocalyptic world.

“We’ve had countless conversations in our own offices too, so we’re glad to be able to tick transport off their list.

“As we approach the latest in a long list of, ahem, failed, Rapture predictions, we wanted to do something tongue in cheek to help people see the light side of the apocalypse, it’s an excuse to get a new car.”

For further information about WhoCanFixMyCar.com, click “more details” below.