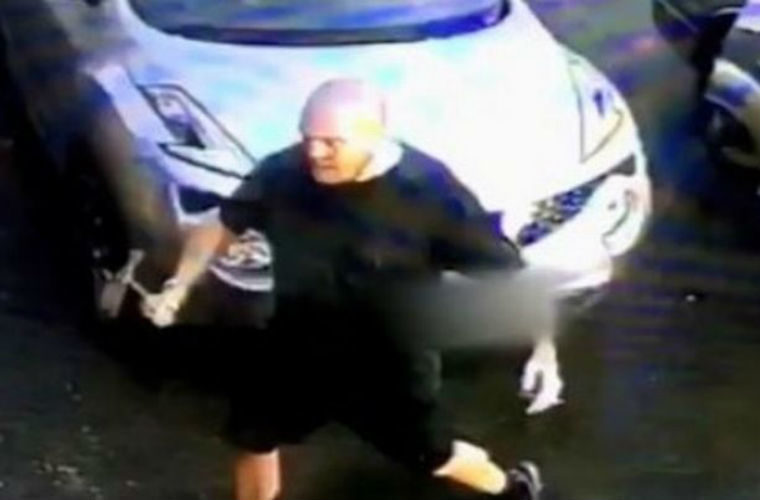 CCTV showed that john Thornley was armed with a hammer.

An independent garage owner that came to help a woman following a “minor bump” outside the workshop in Manchester was attacked with a hammer by a violent thug after being subjected to horrific racist abuse, the Manchester Evening News has reported.

Sarah Crone claimed she was being assaulted and ‘strangled’ by the mechanic and called her nephew John Thornley, 40, for “reinforcements” after a collision near the garage in Moston, Manchester.

Manchester Crown Court heard that following a row “entirely of Ms Crone’s making”, she decided to call for back up.

“Come down here and do the foreign b*, they hit my car,” she was heard to shout down the phone.

Shortly after, Thornley arrived with a group of men and, armed with a hammer, he swung at the mechanic, striking a blow to his shoulder.

A judge said that if it wasn’t for the man making a “remarkably quick movement”, then the hammer would have hit his head.

Thornley then threatened to “burn the building down” if he dared to call the police.

When police arrived, Crone told officers that she had been assaulted, and was allowed to leave the scene.

But CCTV footage retrieved from the garage revealed what had happened during the incident, on the afternoon of October 24, 2017.

In a victim impact statement, their victim said he thought he might die if the hammer had hit him on the head, and that he was shocked by Crone’s racism.

He said: “I cannot believe they used those words towards me.

“I have lived in this country for 18 years.

“I have worked and paid taxes.

“I have never been in any trouble with the police.”

Crone denied any wrongdoing at the trial, but was convicted by the jury.

Thornley initially denied being involved, but was picked out in a video identity parade by the victim and later pleaded guilty ahead of Crone’s trial.

Crone was found guilty of one count of actual bodily harm, and another count of racially aggravated intentional harassment.

Thornley pleaded guilty to one count of actual bodily harm, and another count of possessing an offensive weapon.

Crone was jailed for six months, while Thornley was locked up for 12 months.

“You though, Crone, were angry.

“Right from the outset, you began what amounted to a racist tirade.

“People like you have to learn that he was in his own country.”