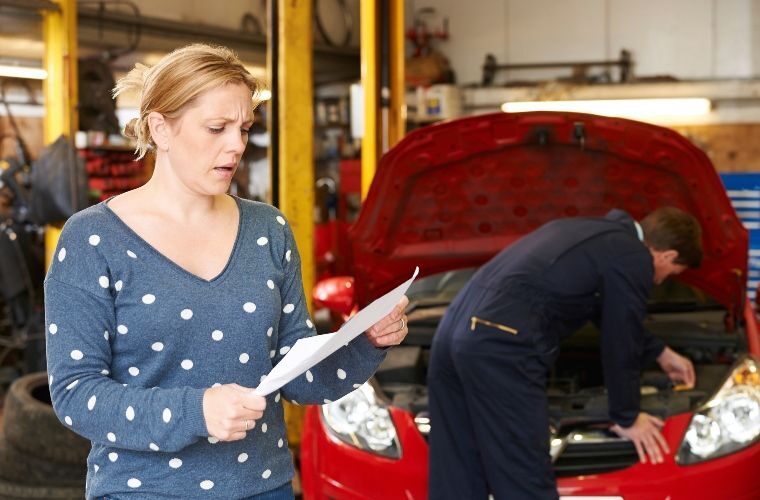 More than half of car owners say they have been left confused and unsure about a vehicle fault following a visit to a garage with 56 per cent misunderstanding ‘garage jargon’.

The survey, by the RAC, suggests many drivers feel as though they have been overcharged because the workshop used confusing language.

One in ten revealed that a garage had carried out work they had not agreed to because they did not realise what the garage meant.

A quarter of drivers (26 per cent) felt the cost of repairs they ended up paying turned out to be far higher than they were quoted, while nearly a fifth (18 per cent) said the garage could not repair their vehicle for them at all.

Acronyms such as a DPF and TPMS often add to the confusion for customers.

Related: Dirty car interiors found to be more germ-ridden than a toilet seat

He added: “These figures show there’s a sizeable gulf between what garages say, and what the average driver actually understands.

“At best, this can be frustrating for drivers who need their vehicles repaired, but at worst it could mean they get a raw deal – with baffling language making it much more likely they approve any work, at any price they’re quoted.

“And at the end of the day, getting the right repairs at a fair price shouldn’t come down to how well drivers understand industry terms and acronyms.”

The RAC report found a quarter of road users felt the cost of repairs ended up being far higher than they had predicted.

One-fifth of motorists said the garage could not repair their vehicle with almost half admitting they felt uneasy using garages they didn’t know.

Owners are being encouraged to ask more questions when leaving their car with a garage and and approving work to be carried out.