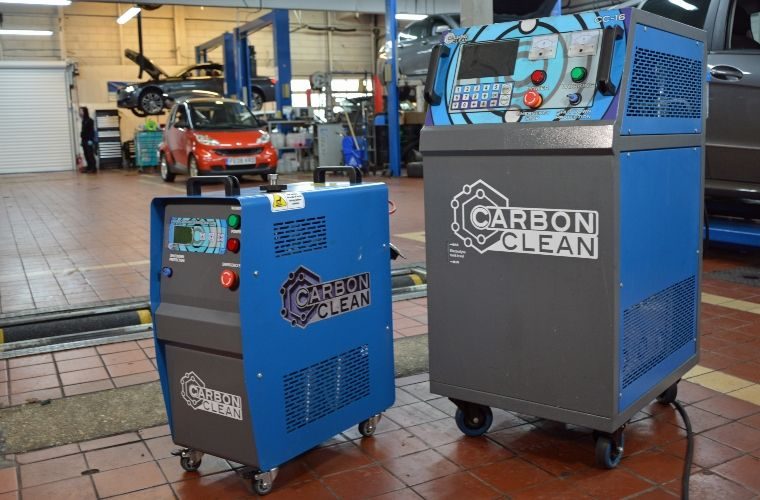 Delivered into the engine through the air filter, the gas is reported to improve combustion and removes carbon deposits.

The technology is available in Carbon Clean’s CC-14, CC-16 and CC-18 machines, a line up that caters for mobile mechanics and garage workshops dealing with everything from passenger cars to HGVs.

Garages can also benefit from Carbon Clean’s range of DPF cleaning machines which are known to remove carbon, soot and ash build-up.

The Carbon Clean range of DPF cleaning machines includes the DCS-16, for cars and vans, the DCS-17, which is also suitable for commercial vehicles, the DCS-18 for euro 6 truck DPFs and the DCS-20 which is capable of cleaning any DPF.

With the DPF removed from the vehicle, the machines use high pressure air and water, except for the DCS-18 which just uses air.

The technology used in both its engine decarbonising machines and DPF cleaning machines have been proved in numerous tests but it’s the support Carbon Clean has to offer that’s particularly attractive to garage owners.

For further information about Carbon Clean, select ‘more details’ below.

Home Page › Forums › Watch: Why engine and DPF cleaning is now an essential for independent garages

0 0
Previous ArticleMotorists advised to ‘book now’ ahead of MOT rushNext ArticleWatch: How to use PicoScope ‘time domain’ to locate intermittent NVH source