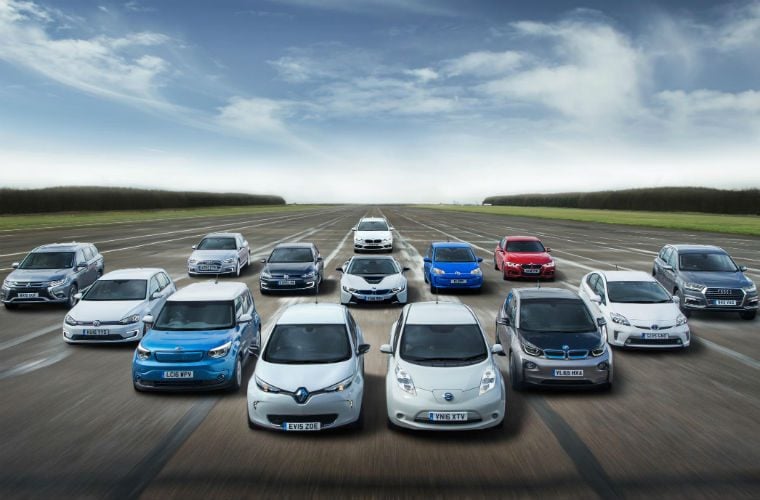 The government said the cut in the support for Category 1 cars to £3,500 reflected recent reductions in the price of electric vehicles.

From 9 November, grants for new plug-in hybrids will be scrapped, while discounts on all-electric cars will be cut from £4,500 to £3,500.

A number of motoring groups have spoken out against the decision to cut subsidies for buying greener cars.

The Department for Transport (DfT) said the Plug-in Car Grant was introduced seven years ago to help the market become established.

Cash incentives have been offered to buyers since 2011 to help promote cleaner cars and meet emissions targets.

The DfT has now said it is time to focus support on zero-emission models such as pure electric and hydrogen fuel cell cars.

The government said the cut in the support for Category 1 cars – those with CO₂ emissions of less than 50g/km and a zero emission range of at least 70 miles – to £3,500 reflected recent reductions in the price of electric vehicles.

Mike Hawes, chief executive of the SMMT, said: “Prematurely removing up-front purchase grants can have a devastating impact on demand – without world-class incentives, government’s world-class ambitions will not be delivered.”

RAC head of roads policy, Nicholas Lyes said: “With up-front costs still a huge barrier for those hoping to switch to an electric vehicle, this move from the government is a big step backwards and is in stark contrast to countries like Norway where generous tax incentives have meant that it has one of the highest ownership levels of ultra-low emission vehicles of anywhere in the world.”

Jack Cousens, head of roads policy for the AA, said: “The government wants to end the sale of petrol and diesel cars, but scrapping grants for low emission cars may well stall their progress.

“This announcement will simply put more drivers off from buying greener cars.”