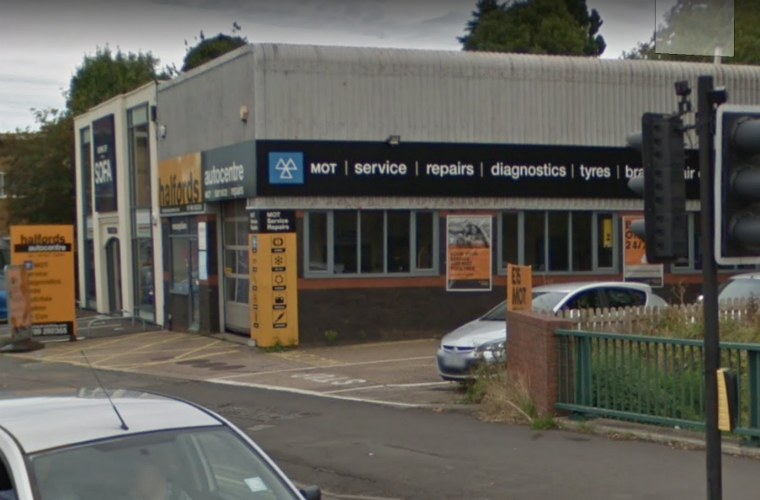 Halfords Autocentres has been fined £28,000, ordered to pay costs of £11,700.97 and a victim surcharge of £170 after its Stratford-upon-Avon workshop was found to have carried out an unsatisfactory car service.

Warwickshire County Council’s trading standards successfully prosecuted the company following an undercover operation in which a car service was carried out at the fast fit for a cost of £210.

However, technicians failed to rectify or report 11 separate faults on the Volkswagen Passat, including: leaking front shock absorbers; a spilt drive shaft gaiter; an insecure battery and excessive play on the anti-roll bar.

Staff also failed to notice a split wiper blade, didn’t top up the brake fluid level from the minimum or increase the spare tyre pressure to the recommended level.

William Hibbert, representing Halfords stated that nationally, Halfords serviced 22,000 cars a month and relied upon their technicians and that sometimes they ‘cut corners.’

He said that the company accepted it could have done better and its systems failed, but in mitigation maintained that Halfords had cooperated with the investigation and took its legal responsibilities very seriously.

The vehicle was also supposed to have been taken for a test drive, however, the mileage indicator showed it hadn’t been driven.

The service was signed off by a quality controller at the branch, despite some faults not being spotted and others which had been spotted by the technician not being notified to the customer or rectified.

The company had pleaded guilty at an earlier hearing.

A Halfords Autocentres spokesman said: “We are deeply sorry that in this incident occurring over two years ago at our Stratford-upon-Avon branch, our usual high standards fell short.

“As soon as Trading Standards brought the case to our attention, we launched our own internal investigation and have put robust measures in place to ensure it doesn’t happen again.

“We asked the Retail Motor Industry Federation to carry out an independent review of our quality control procedures and it found our policies were at a robust level when compared to the market.

“We have also put a third party mystery shopping service in place to help ensure quality.”

Warwickshire County Councillor Andy Crump said: “Most of us are not vehicle experts and haven’t got the expertise to know if a car service has been carried out properly or not.

“We rely on garages to carry out services correctly so we can have confidence our vehicles are properly maintained and consequently safe to drive.”