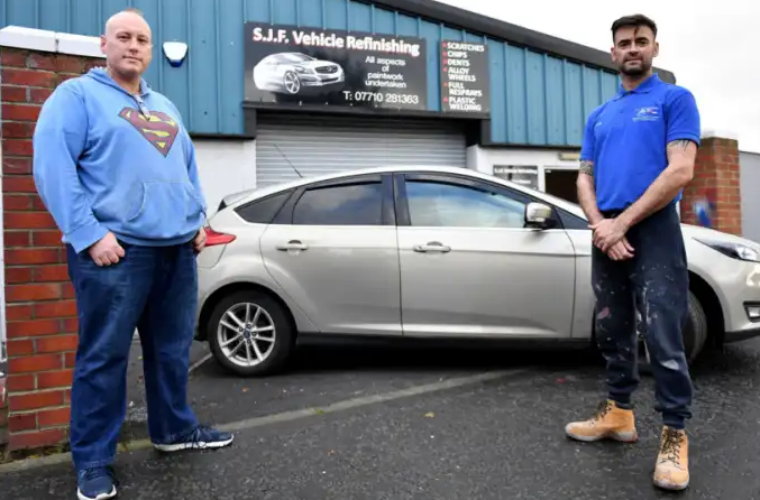 SJF Refinishing in Hartlepool helped to put a smile back on the face of a father who’s Ford Focus was badly damaged through no fault of his own shortly before having to go to hospital for surgery.

Christopher Lavender was quoted almost £2,000 to repair the damage to his car but friend Steven Wood, who owns SJF Refinishing, came to Christopher’s aid.

Christopher said: “I was annoyed over what happened to my car.

““The person was ordered to pay £200 compensation.

“I went to Steven for a quote which was more or less the same but then he found out I had been in hospital and was going through a bit of a rough patch, so he stepped in and said he would do it for nothing.

“He said it would be one less thing on my mind.”

Steven stripped down, repaired and repainted the two damaged driver side doors.

In the end Christopher only had to pay £140.

Steven said: “I saw a message Christopher put on Facebook and felt obliged to help him out.

“I told him to come down and I would sort it out for him.

“He had been unexpectedly poorly so I thought it would be a nice gesture.

“He was over the moon, close to tears.”

Christopher added: “The work he put into it was pretty unbelievable.

“I can’t thank him enough.”