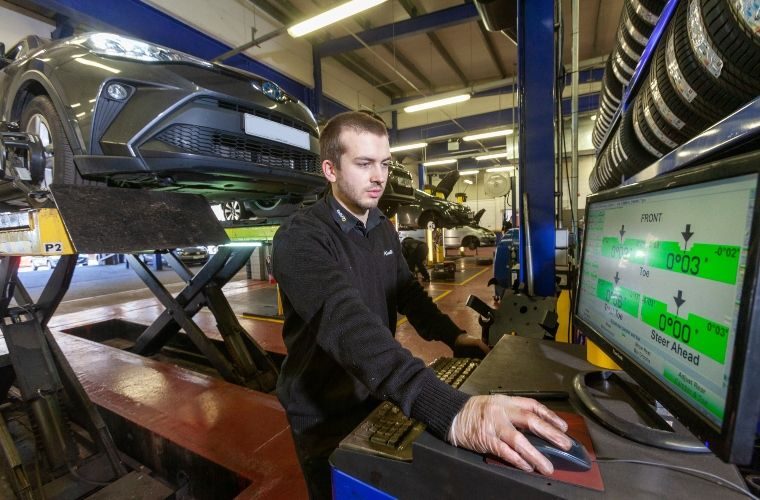 Kwik Fit has this week announced the launch of a motoring maintenance subscription service pilot in the North West and Yorkshire, with a national roll out to follow this summer.

Research for the company found that some 17.7 million UK drivers say they would be interested in a pay monthly scheme for their motoring maintenance, a figure which has grown by 15 per cent since 20182.

The concept is especially appealing to drivers aged 18-34 (67 per cent of this group would be interested), mirroring their greater take up of subscriptions in other sectors.

The new Kwik Fit Club subscription claims to help motorists spread the cost of service and maintenance costs throughout the year.

They also have the option to include their MOT and servicing costs.

Drivers can join the programme and keep track of their subscription through an app, and although they can nominate a ‘home garage’, their membership can be used at any of Kwik Fit’s 600-plus centres across the country.

Roger Griggs, communications director at Kwik Fit says: “The growth in demand for subscription services has been dramatic over recent years, particularly with younger consumers.

“We found that drivers aged 18-34 have an average of six subscriptions across all sectors and two thirds of them would be interested in paying for car maintenance this way.

“It’s younger drivers who are most worried about their lack of car knowledge or the fact that they could be facing a big bill when going to a garage.

“Benefits of Kwik Fit Club include members getting regular free health checks on their car and having regular, predictable maintenance costs instead of one-off spikes.

“If you think about buying four new tyres, traditionally car owners would pay for them all in one go – with Kwik Fit Club the cost is spread over the life of tyres – drivers are paying for them as they use them.”