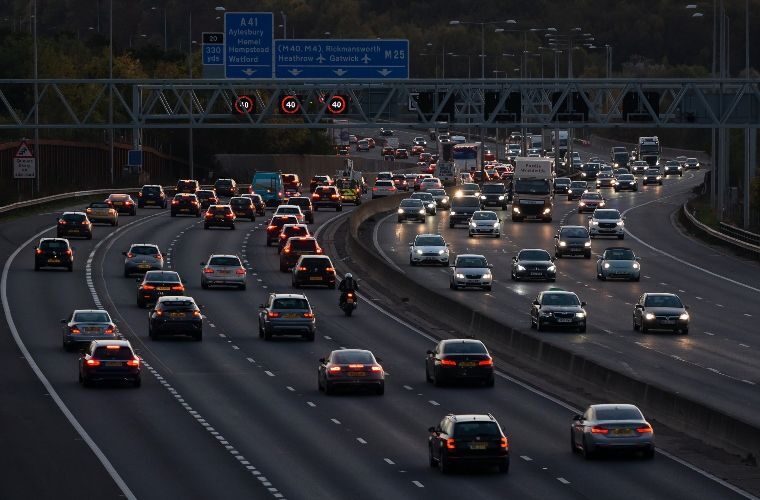 Highways England figures show the system has only been installed on three sections of motorway, totalling 37 miles.

It has pledged to roll out a ‘stopped vehicle detection’ upgrade on all stretches of smart motorway as part of an 18-point action plan launched by transport secretary Grant Shapps in March 2020.

The technology has been installed on a 13-mile section of the M3 in Surrey and Hampshire, and 24 miles of the M25.

Work on part of the M20 in Kent is due to begin this month.

The radar units are installed on roadsides to monitor motorway traffic in both directions to detect a stopped vehicle.

An alert is sent to a control room operator who can view the incident on a camera, activate lane closure signs and dispatch personnel.

On Monday a coroner concluded that smart motorways “present an ongoing risk of future deaths”.

The Department for Transport said Mr Shapps had called for an “urgent meeting” with Highways England to discuss its progress with implementing the 18-point plan.

Related: Pothole-related breakdowns persist despite 60 per cent drop in traffic

RAC head of roads policy Nicholas Lyes said: “Since Highways England’s major review of the design and operation of smart motorways some good progress has been made by adding more SOS areas to the M25 and developing a new standard for future schemes.

“The introduction of stopped vehicle detection technology is a vital element of this and is due to be retrofitted to existing smart motorways as well as schemes currently under construction.

“Sadly, there appears to have been precious little progress with retrofitting to date considering this was announced last March.

“While Highways England is considering a national programme to install more SOS areas on the existing network, we’d prefer them to commit to this fully so all refuge areas are consistent distances apart.

“We’d also like to see whether the promise of additional traffic officer patrols has been fulfilled as this will be a crucial ingredient in providing extra protection for drivers that are unfortunate enough to be stranded in a dangerous live-lane scenario.

“While we’re very supportive of stopped vehicle detection technology, the success of it still depends on other drivers seeing and obeying red ‘x’ closed-lane signs.

“If drivers don’t see these because gantries or verge-mounted signs are too far apart, then there’s still a risk of collision with a stationary vehicle.”