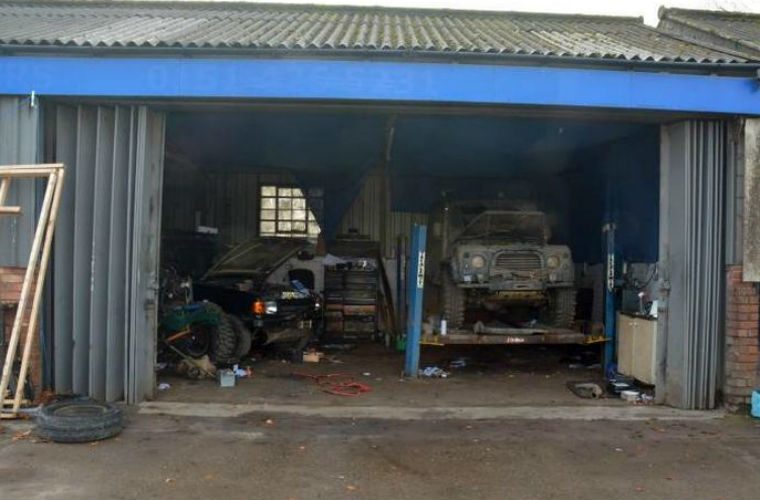 The Stolen cars parts workshop which was discovered in Whiston. Image Merseyside Police.

A 29-year-old man has been jailed for five years and eight months after an investigation discovered a “chop shop” garage to be dealing in piles of stolen car parts, the Liverpool Echo has reported.

A total of 14 stolen vehicles were found inside premises located at Whiston, Merseyside.

An investigation into the workshop was launched following reports of suspected stolen cars and car parts being stored inside.

During the enquiries, a car made off from the location but was later stopped and Burton was arrested.

Detective chief inspector Chris Sephton, of Merseyside Police, said: “Chop shops take and redistribute stolen vehicles and parts, which not only causes distress and inconvenience to those who have vehicles stolen, but also massive dangers if the vehicles are sold on to unsuspecting members of the public.

“Burton was additionally involved in the supply of drugs, which shows that such criminality also funds other serious and organised crime, all of which causes such harm in our communities.”