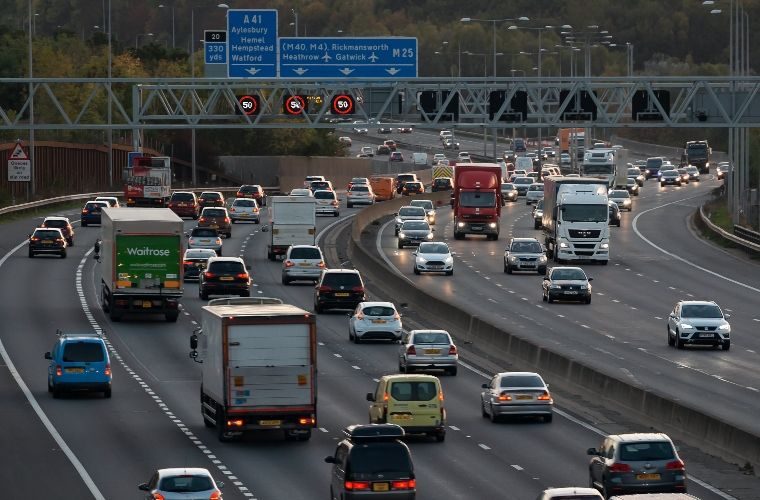 The arrival of the school summer holidays in England and Wales will be marked by drivers taking an estimated 11.5m leisure trips by car between today and the end of the weekend, a study by the RAC and INRIX suggests.

As millions clamour for space on the UK’s roads in a desperate bid to get away for a well-earned break, the RAC and Highways England are urging everyone still prepared to brave the incredibly busy conditions to make sure theirs cars – and anything they might be towing – are up to the task.

With so many cars only having been driven short distances during months of travel restrictions, the risk of breaking down on a long journey increases considerably.

Checking tyres, oil, coolant and screenwash levels will be more important this summer than ever and could make the difference between drivers getting safely to their holiday destinations or being broken down at the side of a busy road.

Data from INRIX indicates that some of the roads to watch for jams will be sections of the M25, the A303 in Wiltshire, the M1 in the East Midlands and the M4 west of Newport in South Wales – in addition to other usual hotspots like the M5 through Somerset and Devon and roads leading to other popular destinations like the Lake District and the South Coast.

RAC Breakdown spokesman Simon Williams said: “We seem to have all the elements of a perfect storm on the UK’s roads this summer – with millions of drivers having already planned their staycation trips, plus the very real prospect of huge numbers more booking last minute if their foreign travel plans end in tatters because of Covid travel restrictions.

“With the current heatwave, the scene is really set for an incredibly busy few weeks on the country’s roads, whether that’s on motorways or on smaller, minor routes that take people to popular tourist destinations by the coast or in the countryside. It’s never been more important to plan ahead to avoid the busiest times.

“With the roads likely to be so busy, we’re expecting the numbers of people needing our help to rocket, but it’s not too late to reduce your chances of breaking down.”