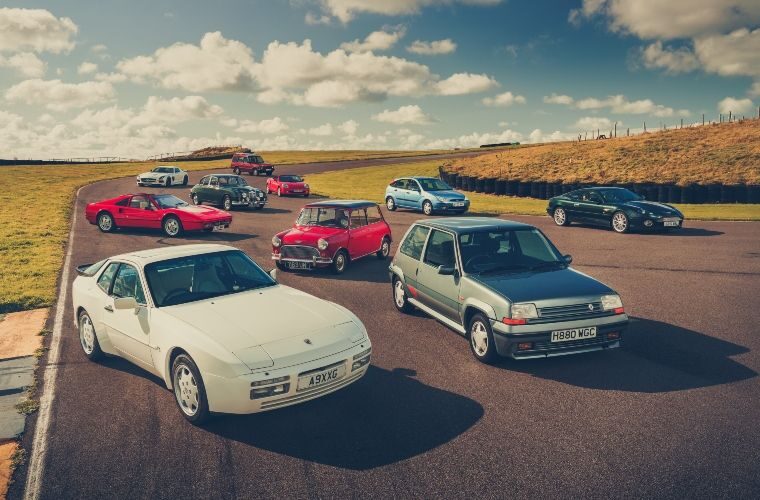 Classic car MOTs have once again been brought to attention after former Fifth Gear host, Jonny Smith said some historic owners are “oblivious” to the potential dangers.

In an interview with Express.co.uk, Jonny suggested classic cars may be involved in accidents purely due to “neglect of maintenance” and claimed some incidents are simply down to owners not checking their vehicles or failing to get a second opinion.

Under the current rules, historic vehicles older than 40 years old are not required to get an MOT test.

Drivers can still get their car tested but there is no longer a mandatory requirement to do so.

Jonny said: “As someone who owns a lot of cars some people are surprised when I say I don’t entirely agree with MOT exemption.

“The danger of that is people who are not hugely mechanically knowledgeable are buying old cars and are maybe being oblivious to the fact they are not as safe as they could be.

“There is the potential backlash of having a classic car go catastrophically wrong and cause some major high profile accident only because of neglect of maintenance rather than anything else.

“It’s not the cars fault it’s because the owner didn’t check it enough or get a second opinion on some repairs.”

Malcolm McKay, spokesperson for the HCVA suggest that MOT’s should look more closely at fuel hoses now that increased amounts of ethanol will “attack fuel hoses”.

“For someone that’s not familiar with looking after their own car, they should be able to rely on their garage who does the servicing to let them know and replace any hoses that look dodgy.

“But that won’t always help, you will get cases when cars go on fire.

“But not always because of E10 but because of a lack of basic maintenance.”

Classic car firms are pushing the HCVA to campaign for the return of annual MOT tests for older vehicles.