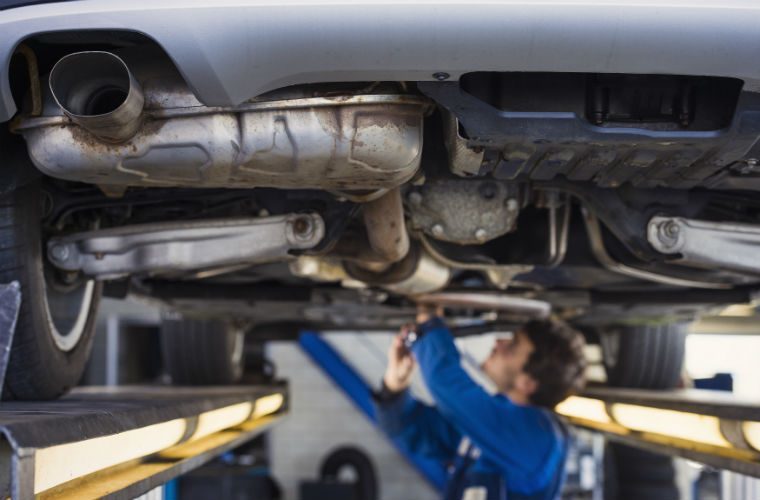 An all-party parliamentary group on air pollution is calling for stricter legislation around DPF testing during MOTs to reduce particulate matter emissions.

The Westminster Commission for Road Air Quality (WCRAQ) estimates the measure could save the UK around 1000 tonnes of particulate matter PM2.5 per year.

A recent DEFRA report on the emission of air pollutants in the UK found that ‘particulate matter ‘may enter the bloodstream and be transported around the body, lodging in the heart, brain and other organs.’

The fine particulates are known to damage human health by causing asthma, COPD, and cardiovascular disease.

Dr James Tate, associate professor at the University of Leeds and WCRAQ Chair of Research, said: “We fear a significant amount of the very fine particles from diesel combustion are now coming from damaged or tampered DPFs.

“They simply shouldn’t be in the air we all breathe.

“The testing equipment technology to ensure failing DPFs is available for a reasonable cost.

“The UK should make it an absolute priority to tighten diesel MOT testing in the shortest possible time.”

It’s thought around ten per cent of diesel cars have damaged/faulty, tampered with, or unlawfully removed DPF filters.

It is an offence, under the Road Vehicles Regulations, to use a vehicle which has been modified in such a way that it no longer complies with the air pollutant emissions standards it was designed to meet.

The DfT told GW: “The legislation makes the owner or user of the vehicle primarily responsible for its condition.

“Whether the person who had removed the DPF, or had offered to remove it, had also committed an offence would be a matter for the courts to decide.”

Barry Sheerman, MP for Huddersfield and chair of WCRAQ, said: “As a Commission, we are committed to identifying and following best practice in achieving improved air quality – drawing expertise from home and abroad.

“Governments across Europe, such as that in the Netherlands, are making real progress in reducing the levels of fine and ultra-fine particles produced by roadside air pollution through improvements to MOT testing.

“More rigorous assessments of vehicles’ emissions levels would mitigate the harmful health impacts of high roadside air pollution and in turn, save lives.”

Watch: Why engine and DPF cleaning is now an essential for independent garages

New MOT regulations for DPF testing are set to come into force from July 2022 in the Netherland’s.

The Dutch introduction of particle number (PN) limit on diesel vehicle emissions tests the filter’s efficacy by a pipe test at idle using a PN measuring instrument based on limits to show in-use compliance.