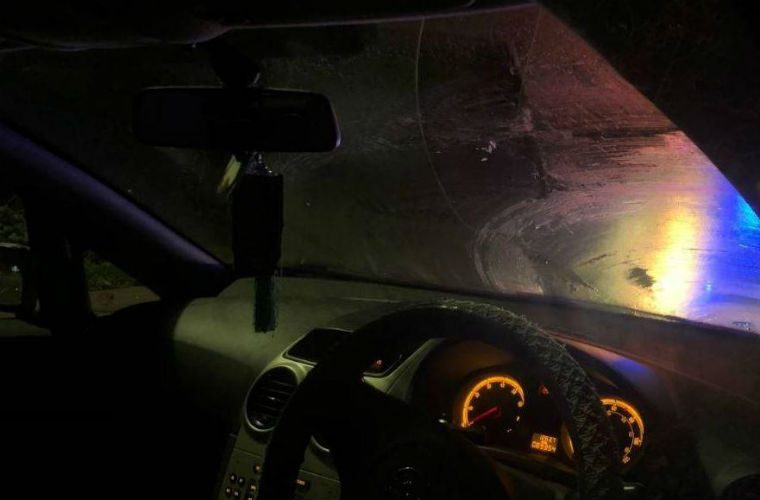 The driver of a car which veered onto the wrong side of the road and nearly collided head on with a police car has had his vehicle seized.

Police stopped the uninsured driver and photographed the inside of the car to show how much his vision was obscured.

The vehicle was also found to be uninsured.

Describing the incident on Twitter, Peterborough Police said: “Another uninsured driver off the road after he drove on the wrong side of the road with a frosted windscreen head on towards police.”

Police who stopped the vehicle added: “Driving like this is unacceptable.”

The driver has been ordered to appear in court over the incident after officers reported him for diving without due care and attention.