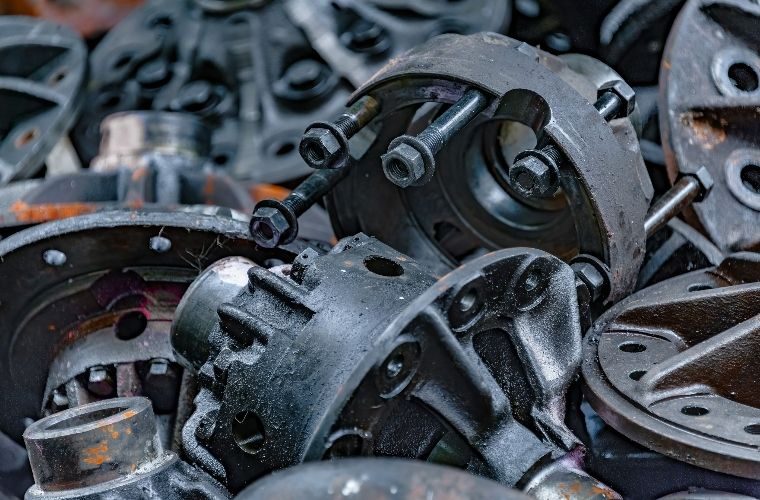 A Norfolk garage owner has received a suspended prison sentence for storing waste illegally, despite repeated warnings from the Environment Agency.

It followed an earlier appearance on 12 May 2021 when magistrates deferred a sentence for six months, warning Barnes that if he failed to clear the site he risked a prison sentence.

When officers returned to inspect the site in October 2021, they found little improvement and saw that new end of life vehicles had arrived.

Magistrates heard that despite the warnings given in May, Barnes had not cleared the site at Podmore Lane of stockpiled scrap vehicles.

The stockpile contained pollutants such as fuel, brake fluid, batteries and tyres.

He had been given “chance after chance” to clear the waste and to work with the Environment Agency.

However, the site remained a risk to the environment and undermined law-abiding competitors who operated within the law.

Sentencing Barnes to 16 weeks’ imprisonment, the chair of the bench, Mr Nicholas Clarke, told Barnes that his “wilful refusal” made custody the only option.

He told Barnes that the prison sentence would be suspended for 2 years and made an order requiring Barnes to remediate the site by 17 January 2022.

He warned Barnes that, if he failed to clear the waste and continued to stockpile waste, he would be brought back to court.

He warned him that this is his, “final, final chance” and if he came back to court, he should, “bring a bag”.

Mr Clarke said the bench’s priority is to protect the environment and warned Barnes that the impact of his behaviour would contaminate the land for generations to come.

After hearing the verdict, enforcement team leader for East Anglia Area Lesley Robertson said: “This case shows why we pursue offenders through the courts.

“Magistrates will not hesitate to impose a custodial sentence where necessary.

“Owning a piece of land means accepting a responsibility to the surrounding area and all that resides there, be it business, homes or wildlife.”