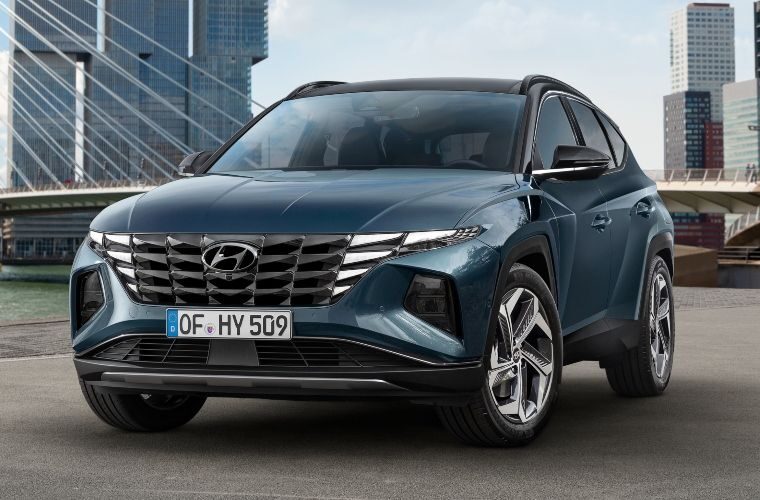 Hyundai has unveiled its all-new Tucson with “an advanced, experimental design” and the most electrified powertrain line-up in its class.

The all-new Tucson is the fourth generation of Hyundai’s successful best-seller with more than seven million units sold around the globe since it launched in 2004.

The hybrid version consists of the new 1.6-litre T-GDI Smartstream engine and a 44.2 kW electric motor, with a 1.49 kWh lithium-ion polymer battery.

It is paired with a six-speed automatic transmission (6AT) and available with two-wheel or four-wheel drive.

The system is the most powerful in the all-new Tucson’s powertrain line-up, with a combined output of 230 PS power, meaning it offers low emissions without compromising on driving fun.

Hyundai has combined its efficient and responsive 48-volt mild hybrid technology with the 150 PS 1.6-litre T-GDI, which will be available with six-speed intelligent manual transmission (6iMT) and a seven-speed dual clutch transmission (7DCT).

Another well-balanced option is the 1.6-litre T-GDI with 180 PS, which will be offered with six-speed iMT with two-wheel drive in addition to 7DCT with four-wheel drive.

When not mated to the 48-volt mild hybrid system, the 1.6-litre T-GDI Smartstream gasoline engine is available with 150 PS, a six-speed manual transmission and four- or two-wheel drive.

The 1.6-litre CRDi Smartstream diesel engine will be available with 115 PS and a six-speed manual transmission with two-wheel drive.

The valve control technology regulates the duration of the valve opening and closing according to driving conditions.

This is the only system that can change the duration of the valve opening during a ride, depending on conditions.

A plug-in hybrid version of the all-new Tucson with a 1.6-litre T-GDI engine and 265 PS will also be available to customers – more details will be revealed closer to the market launch in 2021.

iMT operates purely electronically, and decouples the engine from the transmission after the driver releases the accelerator while driving at constant speed, allowing the car to enter into coasting mode.

The driver’s chosen gear remains engaged even with the engine off.

The engine restarts in the same gear as soon as the driver presses either the brake or accelerator pedals thanks to the burst of power provided by the mild hybrid starter generator (MHSG).

The transmission restarts the engine in neutral (with an open clutch) if the driver pushes the clutch pedal to change gear, or if the vehicle speed is too low for the current engaged gear.

“With the introduction of the all-new Tucson it was key to also expand the electrification to our global best-selling SUV.

“This launch marks a further milestone for Hyundai, as we now offer electrified versions of our full SUV range.”

Hyundai will manufacture the new Tuscon in several factories worldwide, and will become the third-generation of the model to be produced in Europe at the Hyundai Motor Manufacturing Czech (HMMC) production plant in Nošovice, Czech Republic.

The first all-new Tucson models – hybrid, diesel and gasoline including 48-volt mild hybrid – will appear in Hyundai’s European showrooms towards the end of this year.

Meanwhile, the plug-in hybrid version and N Line trim will arrive at the beginning of next year.