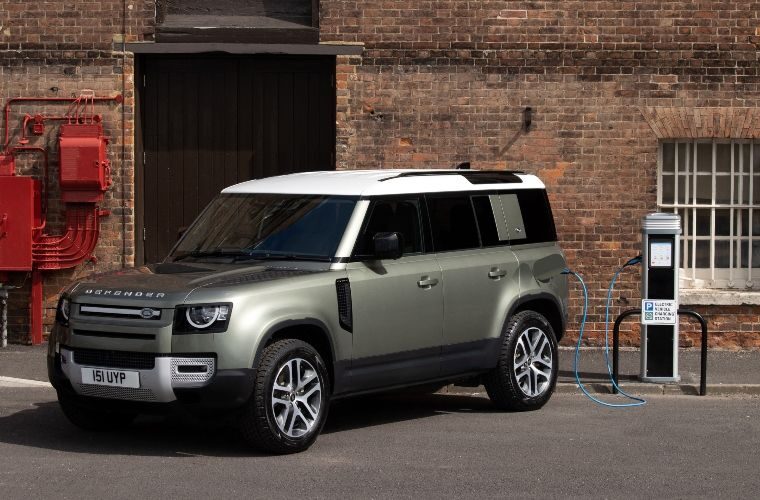 Land Rover is set to release advanced new powertrains and model specifications for its Defender.

The 404PS delivered by the P400e offers substantial torque alongside low running costs, with CO2 emissions of just 74g/km and combined economy of 85.3mpg (3.3l/100km).

It will run in all-electric mode with zero tailpipe emissions for up to 27 miles (43km), including off-road where the immediate torque from the electric motor makes Defender even more capable.

A new X-Dynamic specification is available on both Defender 90 and 110, offering a selection of exterior and interior design elements which reflect the 4×4’s immense capability and ensures it stands out from the crowd.

The range of options for personalising Defender has grown too, with new colours including Yulong White, Silicon Silver and Carpathian Grey available in combination with a choice of contrast roof finishes.

A selection of individual options are also now available for the first time, including the folding fabric roof for the Defender 110 and the choice of a suspension packs on the Defender 90 while LED headlights, Meridian sound system, head-up display can all be added individually.

“Defender customers have more choice than ever with a full selection of exterior and interior colours and trims, including the distinctive new X-Dynamic model and choice of 90 and 110 body designs.”