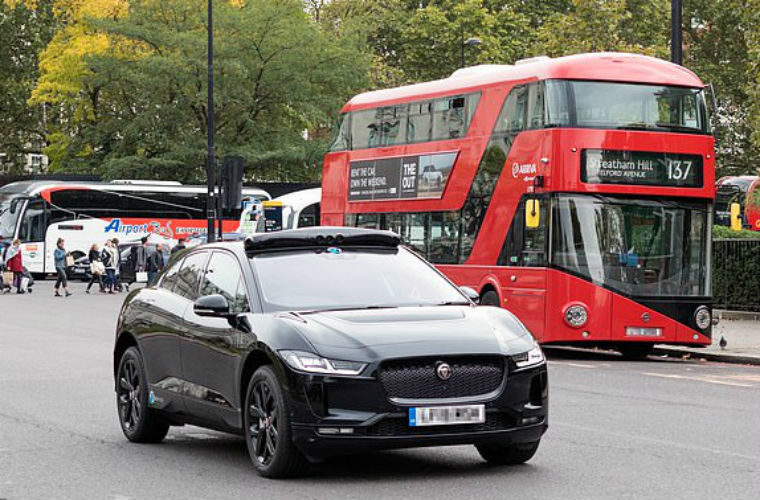 A Cambridge start-up has announced another UK trial for autonomous cars which will see more driverless vehicles operating mostly on London’s congested roads.

Eight driverless electric Jaguar I-Paces have taken to the roads across the country, though will focus on zones 1, 2 and 3 in London in a bid improve the learning process of autonomous cars.

The electric Jaguars use only cameras mounted on a rig on the roof rather than a plethora of sensors and radars as used by Waymo and Uber vehicles conducting driverless vehicle trials in America.

The cameras work in unison with a 2D map and what’s been described as a “unique, end-to-end, deep learning driving brain” to learn complex routes.

It will use a technique known as ‘reinforcement learning’ to teach the algorithm using trial and error, with correct decisions rewarded with uninterrupted driving, and mistakes being corrected by a safety driver in the car.

As the tests progress, the algorithm is designed to learn not to replicate any mistakes that have been previously rectified.

Speaking to This is Money, a Wayve spokesman said: “For now during autonomous testing they always have a safety driver monitoring the vehicle and a co-pilot monitoring the algorithms, until such point as the system is safe enough for them to consider removing the humans.

“Wayve have said that as soon as they can demonstrate they are capable of the complexity on London’s roads, they’ll be commencing a commercial pilot launch.”