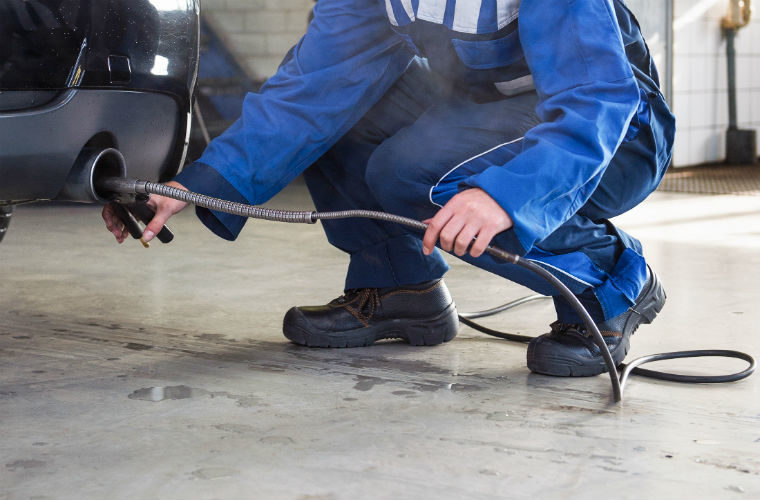 There are plans to make connectable diesel smoke meters and exhaust gas analysers mandatory for replacement equipment and new garages in 2020. Image: Bigstock.

Nearly 3 million dangerous vehicles have been taken off Britain’s roads since the new MOT was introduced in May 2018, DVSA data reveals.

In the first year of the new MOT, more than 31 million vehicles took a test with almost a third failing.

Of these, almost 3 million failed due to dangerous defects and were taken off the road or repaired, helping keep Britain’s roads safe.

DVSA research, however, shows around 25 per cent of vehicles get their MOTs late, that means there could be hundreds of thousands of dangerous vehicles overdue for their MOT.

Neil Barlow, DVSA’s head of vehicle engineering, said: “Thanks to the MOT, three million dangerous vehicles have been taken off the road.

“But with a quarter of cars turning up late for MOT every year, that means there are lots of potentially dangerous vehicles badly in need of inspection.

“We urge people to sign up to our free MOT reminder service so they get their MOTs done on time, helping keep Britain’s roads safe.”

It is illegal for vehicles to be driven without an MOT and unroadworthy and drivers face a fine of up to £1,000 if caught.

Garages do not have the power to prevent drivers from using a vehicle with a ‘dangerous’ defect.

The DVSA has said the data shows that the new tougher emission tests introduced in May 2018 have made a significant contribution to improving air quality.

Nearly 1.2 million failed as a result of poor emissions and have since been repaired or taken off the road.

DVSA provides an award-winning free service for drivers to receive MOT reminders by text message or email four weeks before their vehicle’s MOT is due and then two weeks before the test is due.