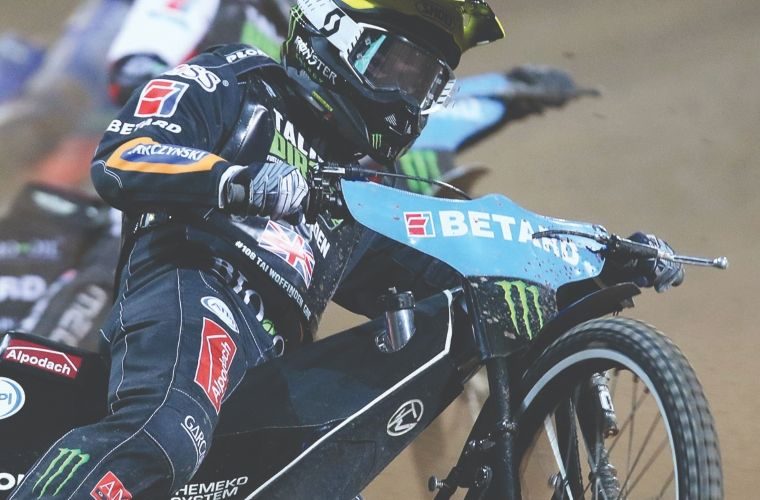 Three-time World Speedway Champion Tai Woffinden will be leading the NGK-sponsored riders challenge for the 2021 title.

Ignition specialist NGK Spark Plugs (UK) Ltd is a long-time supporter of Speedway and has a star-studded group of riders competing in this year’s FIM Speedway Grand Prix series with Tai and Freddie being joined by Britain’s Robert Lambert, the 2020 European Champion, and former European Champions Emil Sayfutdinov, of Russia, and Slovenian Matej Zagar.

The SGP riders’ bikes are all fitted with NGK spark plugs and the company will have an even bigger presence at tracks at this year’s Grand Prix series with its logo being displayed prominently at all ten rounds of the championship.

The SGP series gets underway at Teterow in Germany on May 22 and British fans will have the chance to see their favourites in action when it heads to the Principality Stadium, Cardiff for the British Grand Prix on July 17.

John Money, who handles Speedway sponsorship on behalf of NGK Spark Plugs (UK) Ltd, said: “For the 2021 season NGK will have a major presence at each Grand Prix with our logo being featured on the riders’ boards and heat boards and the riders being supplied with NGK pit chairs and bike mats.

“We have a very strong line-up this season led by Tai who will be fighting hard to add to the championships he won in 2013, 2015 and 2018, while Freddie will be striving to build on last year’s performance.

“Matej too is a five-time GP winner so we have a really formidable team of racers.”

In addition to sponsoring the SGP riders, NGK will also once again be supporting the Parrys International Wolverhampton Wolves Speedway team’s bid to win the British Premiership League as well as a number of individual riders including Wilbur Hancock the fifteen-year-old son of retired four-time World Champion Greg Hancock with whom NGK enjoyed a long and very successful relationship.

John Money added: “We are delighted to once again be sponsoring Wolverhampton.

“Speedway is a real family sport and we are looking forward to when our customers who are Speedway fans are able to see the team in action.”