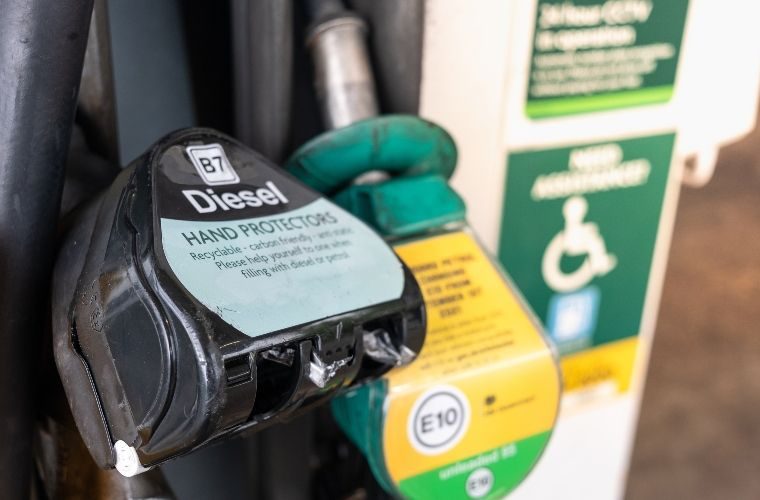 Despite wholesale prices meriting big cuts at the pumps the average price of petrol in the UK fell by just 2p a litre in December meaning drivers paid £156m more than they should have, data from RAC Fuel Watch shows.

Unleaded dropped from 147.47p a litre to 145.48p when drivers should really have seen prices nearer to 135p had retailers played fair instead of taking far bigger margins than normal.

Instead of their long-term margin of 6p a litre, retailers took an average of 16p a litre on petrol and 12.5p on diesel in December making forecourt prices far more expensive than they would have been, had retailers not changed their fuel pricing strategy.

The price of a litre of unleaded on the wholesale market, including delivery, averaged 106p across the month.

Had a 6p margin been taken drivers would have seen an average petrol pump price of around 135p after applying VAT at 20 per cent.

The average wholesale cost of delivered diesel was 112p a litre which, with the usual 6p retailer margin, would have given a pump price of around 142p.

The RAC estimates retailers’ refusal to reflect lower wholesale prices at the pumps cost petrol car drivers a huge £156m in December, or the equivalent of £5m a day.

RAC fuel spokesman Simon Williams said: “In the past when wholesale prices have dropped retailers have always done the right thing –eventually – and reduced their pump prices.

“This time they’ve stood strong, taking advantage of all the media talk about ‘higher energy prices’ and banked on the oil price rising again and catching up with their artificially inflated prices, which it has now done.

“The trouble is every extra penny they take as margin leads to drivers paying even more as VAT gets added on top at the end of the forecourt transaction.

“This means the Treasury’s coffers have been substantially boosted on the back of the retailers’ action.

Related: Majority of motorists “not interested” in shared mobility

“We urge ministers to push retailers into doing the right thing for consumers.

“The only benefit of the current high fuel prices is the extra incentive for drivers to go electric as those driving 9,000 miles a year could save around £1,500.

“To help drivers afford to make the switch we are offering highly competitive EV leasing deals as well as an excellent value EV home charging tariff which can be fixed until June 2023 and currently costs just 6p per kilowatt hour overnight.”

An analysis of RAC Fuel Watch data reveals Asda had the cheapest petrol at the end of the year with a litre costing an average of 141.81p at their stores, with Sainsbury’s not far behind at 142.57p.

The average price of motorway unleaded at the close of December was 160.55p while diesel was higher still at 163.43p.