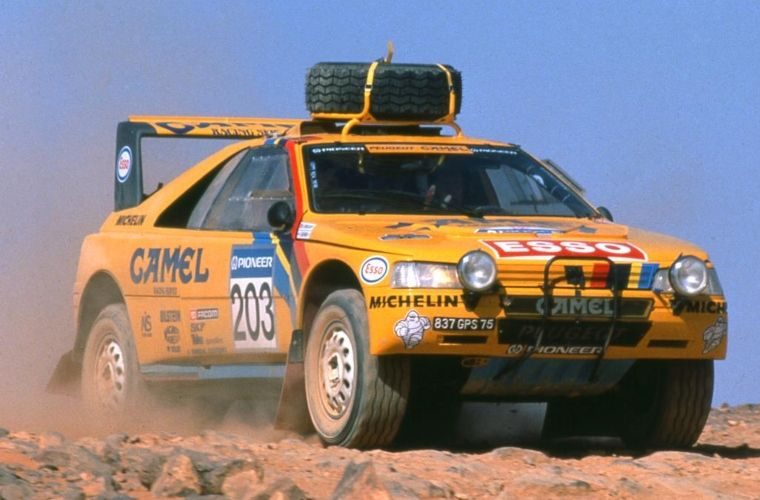 Peugeot is celebrating 125 years of motorsport heritage as it marks the anniversary of its victory at the first ever recorded motor race – the epic Paris-Bordeaux-Paris event, which ran between 11-14 June 1895.

The landmark anniversary also coincides with the original dates of this year’s postponed 24 Hours of Le Mans endurance race – a competition Peugeot has won on three occasions.

Since the 3.7bhp Type 7 triumphed in 1895, Peugeot has tasted success across the globe, competing with distinction everywhere from frozen world rally stages in Scandinavia, the towering dunes of the Dakar and even the high altitude challenge of the Pikes Peak International Hill Climb.

A Type 7 Peugeot won the 1895 Paris-Bordeaux-Paris race on 13 June, which is considered to be the first-ever car race in history.

Arriving initially in third place, the 1.3-litre, 3.7bhp Type 7, driven by Paul Koechlin (FRA), was declared winner after the first two vehicles were found to be in breach of the competition rules. Koechlin completed the 1,178km (731-mile) race in 59 hours and 48 minutes.

French racing driver Jules Goux won the Indy 500 in 1913, becoming the first person outside the United States to win the race – clocking an average speed of 75.933mph at the 200-lap race.

Due to the difficult conditions in both 1963 and 1968, only seven vehicles made it to the finish – representing just eight per cent of the field – earning them all the nickname of the “unsinkable seven”.

Peugeot secured its status as a rally icon in the 1970s and in 1975, the Peugeot 504 won the Safari Rally, Rallye du Maroc and the Bandama Rally.

The following year, the 504 won the Rallye du Maroc and Bandama Rally once more.

In 1978, piloting a 504 Coupé V6, Jean-Pierre Nicolas (FRA) won the Safari Rally for a third time in the decade for Peugeot, with the brand also clinching the Ivory Coast Rally.

The 1980s were the heydays of rallying thanks to the iconic Group B era.

During this period, Peugeot tasted success thanks to a number of Finnish rally aces and one brilliant car.

The Peugeot 205 T16 became a legend in the hands of Timo Salonen and Juha Kankkunen, winning the drivers and manufacturers championship in 1985 and 1986.

The turbo-charged 205 T16 was one of the most successful cars of the Group B era.

Peugeot also conquered the punishing Paris-Dakar Rally four times between 1987 and 1990 with the 205 T16 and the 405 T16 in the hands of Finnish drivers Ari Vatanen and Juha Kankkunen.

The 405 T16 piloted by Ari Vatanen in 1988 was captured in the film Climb Dance which has achieved cult status among motorsport enthusiasts.

The 1990s brought success across a number of sports car categories.

The following year, the Peugeot Talbot Sport team achieved a podium lockout with the 905.

Peugeot also starred in a number of domestic championships, winning two drivers’ titles in the French Rally Championship with the 306 Maxi, while the 406 won the German Super Touring Championship in 1996.

In the early noughties, Peugeot returned to the top steps of the World Rally Championship.

In 2005, Nicolas Bernardi won the French Rally Championship in a Peugeot 206 WRC.

The use of HDi diesel technology for improved fuel economy and performance has since made its way into Peugeot’s road car range.

Having left the World Rally Championship at the end of 2005, Peugeot switched its focus on the newly created Intercontinental Rally Challenge the following year.

Peugeot then started the new decade by winning the Intercontinental Le Mans Cup in both 2010 and 2011, with the 908 HDi FAP continuing its domination on international race tracks.

In 2011, Peugeot won five of the seven races that made up the Intercontinental Le Mans Cup. PEUGEOT also notched up the 2010 Le Mans Series with the 908 HDi FAP.

2011 was the last year the 908 HDi FAP raced due to regulation changes, with the World Endurance Championship succeeding the International Le Mans Cup from 2012 onwards.

In 2013, Peugeot returned to the Pikes Peak International Hill Climb in Colorado.

In association with Red Bull, Peugeot built a bespoke vehicle for the Unlimited Class – the 875bhp and 875kg 208 T16.

Piloted by French rally legend Sebastien Loeb, Peugeot broke the previous class record of 9m46.164s by more than a minute, with a time of 8m13.878s.

In 2015, the World Rally Cross Championship was added to the Peugeot trophy cabinet after Team Peugeot-Hansen won the constructor’s championship with the Peugeot 208 WRX.

A year later, Peugeot returned to the legendary Dakar with the Peugeot 2008DKR, driven by Stephane Peterhansel (FRA) and his co-pilot Jean-Paul Cottret (FRA), winning the 2016 event.

Stephane Peterhansel took his 13th career win at Dakar behind the wheel of the 3008DKR, with the 3008DKR also winning the Silk Way Rally, which ran from Moscow, Russia, through Kazakhstan, and ended in China.

The Dakar Rally was once more conquered by the Peugeot 3008DKR 2018, but this time with rallying legend Carlos Sainz (SPA) behind the wheel.

The Spaniard took his third career Dakar Rally win in 2018.

Now, this new decade will see the launch of the Peugeot Sport neo-performance range, starting with the 508 Peugeot Sport Engineered.

In 2022, Peugeot will return to endurance racing and look to write the next chapter of its motorsport story.