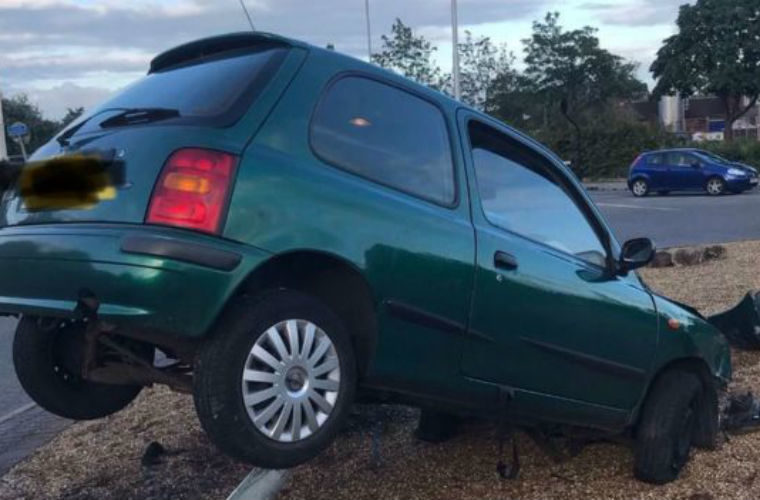 Police officers in Peterborough fed up with drivers taking photos of a car impaled on a lamp-post decided to tackle the problem by posting pictures of it themselves.

The Nissan Micra was left stuck on the post after crashing on Sunday evening.

As drivers slowed down to take pictures, police tweeted: “These seem to be the photos that motorists of Peterborough want right now.

“To stop you using your phone at the wheel we have provided them for you.”

Cambridgeshire Police said the crash happened at about 18:50 BST on the roundabout between Bright Street and Bourges Boulevard.

“Two men, believed to be the driver and a passenger of the car, left the scene before the vehicle was recovered at just after 21.40,” a spokesman said.

0 1
Previous ArticleOpinion: MOT is in good shape and improving for the betterNext ArticleFast-fit hopes to change industry perceptions