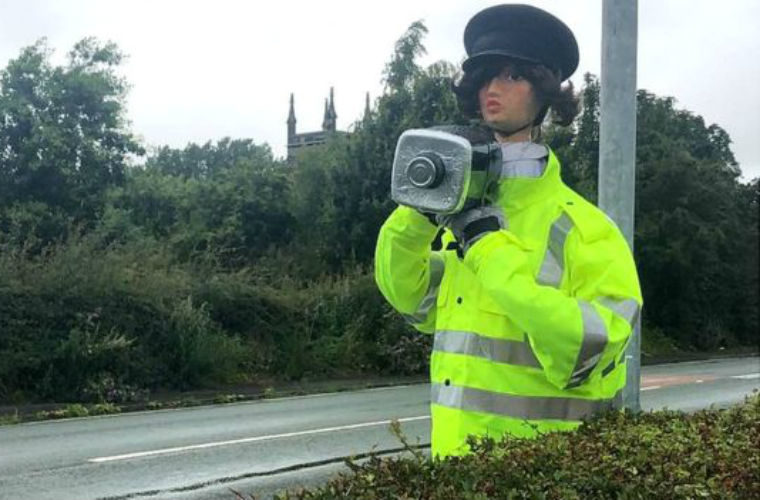 A spokesman for Merseyside Police said the scarecrow was not unlawful and the force had no issue with it “if it helps slow motorists down”.

Ms Pope said: “Something had to be done.

“[Now] you can really hear the cars slowing down.

“One man tweeted that he really feared he had been caught.

“This has only cost me a fiver at the most.”

However, the scarecrow was stolen on Friday and later found discarded in a bush.

The parts were returned and reassembled and is now back in place.