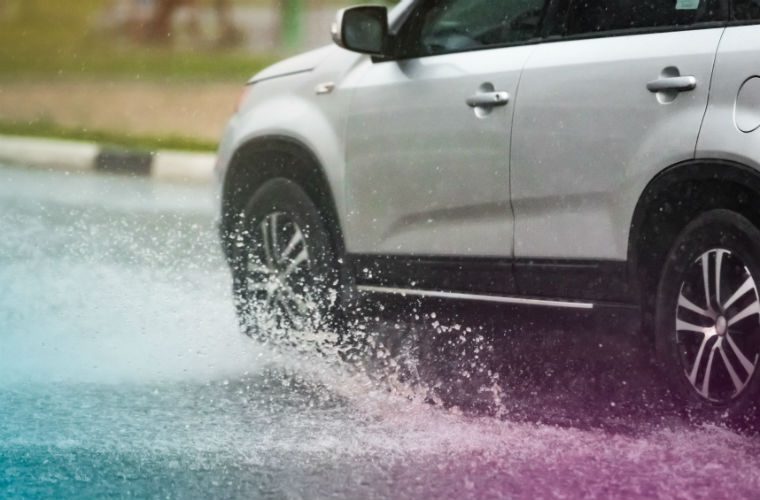 Police are appealing for witnesses of the incident to come forwards.

A motorist who splashed a mother and her two young children is being hunted by the police, after an act they described as “unbelievable”.

Officers are appealing for witnesses to the incident which happened in St Ives, Cambridgeshire around 12PM on 4 January.

A police spokesman said: “On Thursday, January 4 around noon, a mother was with her two children, one in a pram and the other walking alongside her near the junction of Pig Lane and Greengarth in St Ives.

“Due to the poor weather a very large puddle had built up due to a blocked drain near the junction, which was halfway across the road.

“It was not raining and the puddle, some 20 feet in length, could easily be seen by motorists.

“Unbelievably a motorist drove through the puddle causing the water to soak the three.”

As ruled in section three of the Road Traffic Act 1998, it’s illegal to drive “without reasonable consideration for other persons”, this includes splashing pedestrians.

However, some locals have criticised the police for wasting resources.

Lisa Hawksford, who lives opposite the puddle, said: “A 13-year-old lad got forced out of his home by burglars last week.

“Some guys came to his door and they basically forced entry; police should be focusing on burglaries, theft and assault, things like that.

“I understand this lady got drenched but it’s just one of those things.”

“Oh no we haven’t got time for that, no we’ll go after someone who drove through a puddle and got someone wet.”

A spokesman for Cambridgeshire Police said: “We’ve got no description of the vehicle.

“A member of the public mentioned this incident to a PCSO who wrote to residents more as a reminder to be considerate when driving through/ close to puddles.”