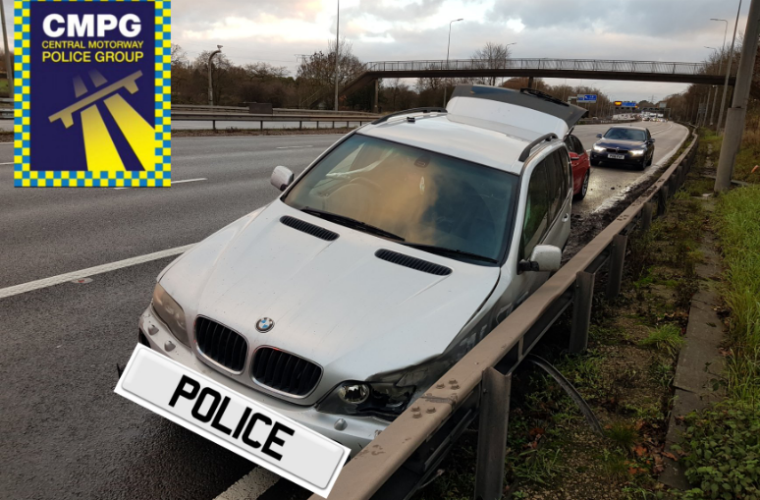 Officers were left baffled when they discovered a BMW X5 being driven along a motorway with only two tyres.

The vehicle, which was missing a front and rear tyre, was pulled over on the southbound side of the M42 near Birmingham.

Police later found the male driver to be over the drink-drive limit.

Central Motorways Police Group, the force responsible for patrolling motorways in the West Midlands, revealed on Twitter that the man was later arrested on suspicion of drink driving.

An interesting start to our first shift back. Driver on the M42 south decided to drive his X5 without a front wheel..followed by no back wheel and was still trying to drive when we arrived! Driver arrested for drink driving. #dontdrinkanddrive #drinkdrivingkills pic.twitter.com/KuAcjMXDlA