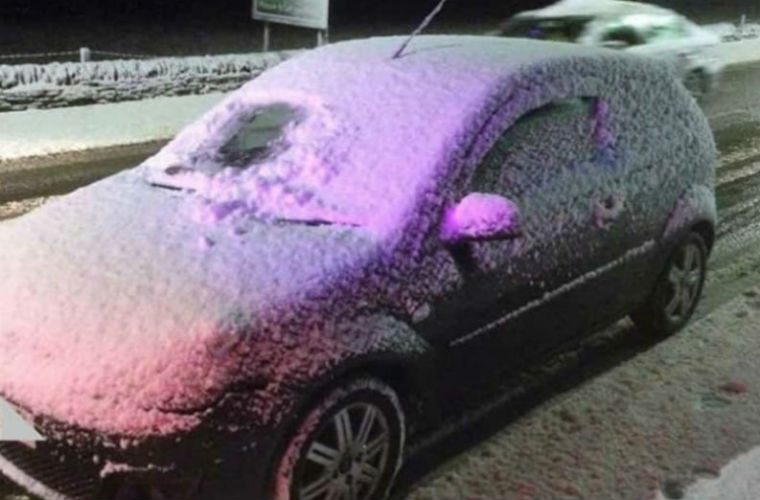 Police have taken “appropriate action” against a motorist in Scotland who was caught driving his snow-covered car with just a small square of windscreen cleared.

Officers posted pictures of the irresponsibly-prepared vehicle on social media, after issuing the driver with a fixed penalty notice on the A9 in the Highlands.

Other than the small square section of the windscreen, the rest of the vehicle was left untouched and covered in snow.

Offering advice in its social media post, police said: “Winter has been biting for most of us this week, which means it is more important than ever that your vehicle is suitably prepared for the roads.

“Unfortunately not everyone follows this advice – officers on patrol stopped this car which was being driven on the #A9 at #Thurso in the early hours of this morning.

“Appropriate action has been taken against the driver in relation to road traffic offences.

“It is important before you set off to make sure your windows are clean, properly demisted and clear of all snow and ice before you drive.”