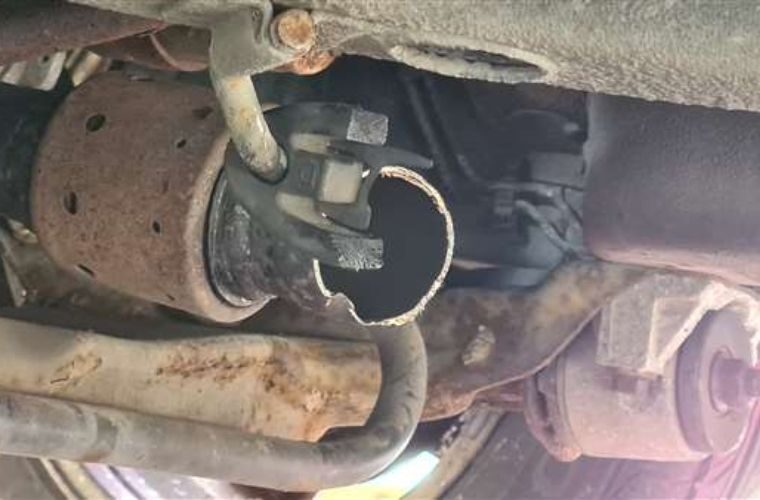 Garages in Ashford, Kent have been supplied with catalytic converter ‘theft prevention kits’ by police in a bid to help tackle the growing problem.

The permanent security-marking kits are to be fitted by technicians in the hope that they will make it harder for thieves to sell the much-stolen parts on.

The markings will also help identify and prosecute offenders.

As well as the introduction of the kits, officers have been carrying out patrols in the district where thefts have been reported and working with scrap metal dealers.

Ashford CSU inspector Simon Johnson said: “We appreciate how upsetting and inconvenient the theft of a catalytic converter can be when your vehicle is targeted by thieves, so within the community safety unit we have been looking at actions we can take which will make things much harder for any opportunist thief.”

PCSO Laura Langridge, Ashford’s crime prevention officer, said: “We are grateful to the garages for working with us on this initiative.

“We will be speaking to past victims of catalytic converter thefts to see if this is something they would be interested in, to hopefully prevent them from being targeted again.”

Hybrid cars at at particular risk of being targeted because cats on hybrid vehicles tend to be less corroded than their petrol or diesel counterparts.

Criminals sell the parts as desirable spares or simply for the value of the precious metals they contain – rhodium, palladium and platinum.