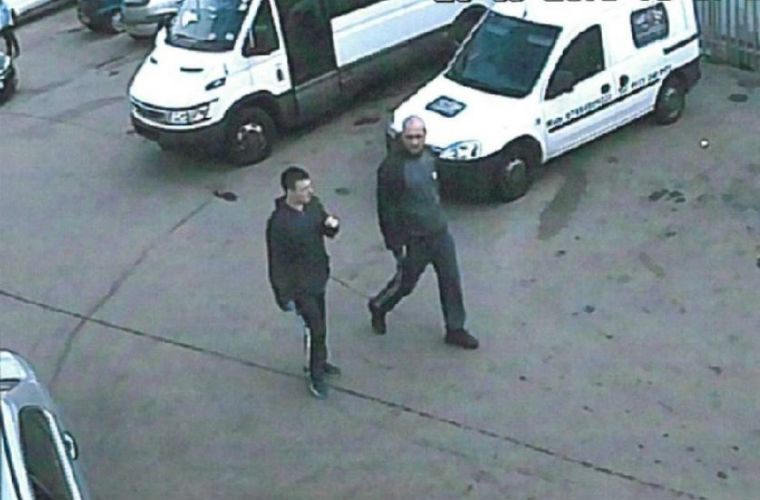 Five people who plotted a violent robbery at a Leeds garage in which parts for a rare Porsche were stolen have been jailed for a total of more than 50 years.

A man called Fazal Wahseem, who he had previously done work for, had taken ownership of a number of parts for the car in settlement of a debt owed by the previous owner.

Wahseem and another man, later identified as Walcott, visited the premises earlier that month to arrange to sell those parts to the car’s existing owner.

The offer was declined but during their time at the garage they became aware of where Porsche parts were being stored out of view at the business.

Shortly after 3.30pm on Saturday, September 26, two other men, Mark Davis and Kai Kennedy, visited the workshop and asked about the cost of a car repair.

They returned to a white van which then reversed up to the roller door of the unit and the two men entered and confronted the victim.

One aimed a revolver at his head and threatened him demanding “the red parts”.

The victim was pushed back onto an office chair and his hands were bound with cable ties.

Threatened with being shot

While the two robbers returned to the workshop the victim tried to escape but was threatened with being shot and was grabbed and forced back into the office.

He was pistol whipped about the head causing injuries and was struck with a machete causing a deep laceration to his left side.

When the victim was hit with the gun, bullets fell from the weapon onto the floor.

He was duct taped to gag and blindfold him and taped to the chair.

The pair then loaded Porsche Carrera GT parts, worth £140,000, into the van and left the scene.

The victim managed to free himself from the chair and raise the alarm with a member of staff at a neighbouring business who contacted the police and ambulance service.

He needed stitches to the wound to his side and other treatment for the injuries to his head.

Walcott and Wahseem, along with Walcott’s brother Harry Mahoney were arrested in December 2015 on suspicion of conspiracy to commit robbery.

Three others were also linked to the raid, Jenna Davies, her cousin Mark Davies and Kai Kennedy, who were the two who had carried out the robbery.

All six were charged to appear at Leeds Magistrates in November 2018 but Walcott and Wahseem failed to attend and went on the run.

The remaining five were subsequently convicted of conspiracy to commit robbery.