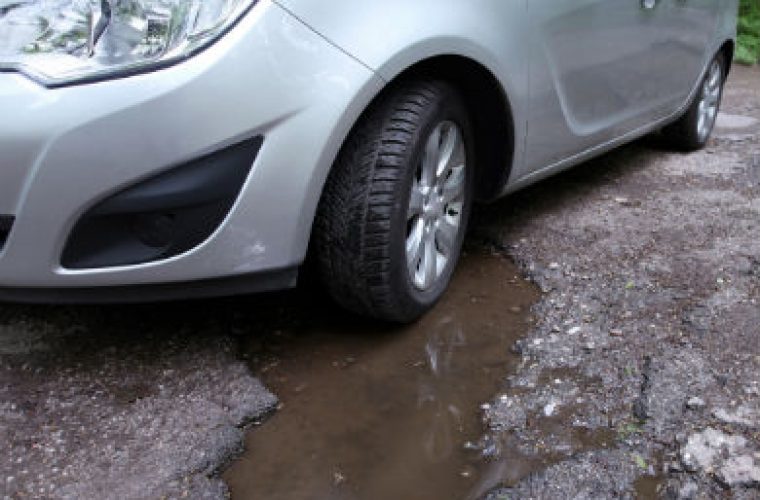 The pothole repairs backlog has grown from 10.9 years a decade ago. Image: Bigstock.

The number of pothole-related breakdowns attended by RAC patrols from October to December 2016 gave rise to the first fourth quarter increase in this type of problem since 2013.

While the overall picture revealed by the RAC Pothole Index is surprisingly one of improvement, the RAC fears this fourth quarter increase in the proportion of vehicle breakdowns where poor road surface quality was likely to be a contributory factor should be seen as a warning sign that the underlying condition of the UK’s roads is still very poor.

From October to December 2016 the RAC saw a 24 per cent increase in the number of potential pothole-related call-outs attended by its patrols compared to the same period the previous year.

RAC chief engineer, David Bizley said: “This is a particularly worrying finding because of course much of the country has not experienced harsh winter conditions for three years and rainfall in the fourth quarter of 2016 was the lowest in that period for more than a decade.

“Rain can be the catalyst for the formation of potholes, particularly in the winter when frosts are also common but despite the low rainfall the number of pothole faults attended by RAC in Q4 2016 is still higher than in the same period in the two previous years.

“If the first three months of 2017 prove to be both wet and cold, potholes are likely to appear at an unprecedented rate which would inevitably stretch local authority repair resources to their limit.

“While urgent remedial repairs will be needed to reduce the risk of further vehicle damage or injury to road users, including vulnerable motorcyclists and cyclists, it is insufficient investment in preventative maintenance, such as resurfacing, which is ultimately to blame.”

Research for the RAC’s latest Report on Motoring found that the state and maintenance of local roads was the number-one concern identified by the 1,755 motorists surveyed, with 14 per cent listing it as their top concern.

In addition, the report also found that half of motorists believe the state of the roads in their area worsened over the past 12 months, with the preponderance of potholes by far the main culprit.

Have you seen a rise in pothole-related damage in your workshop? Share your comments and experiences below.