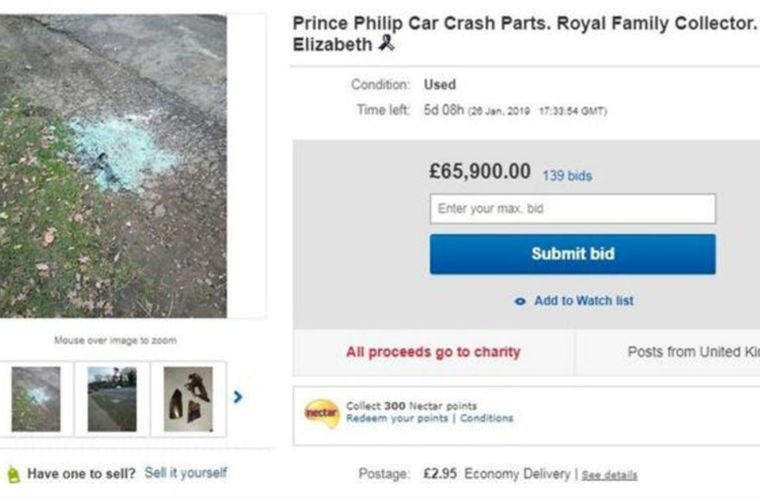 An eBay listing which offered “car crash parts” following the Duke of Edinburgh’s recent collision has been removed.

The auction was for “three plastic part” which were claimed to have been salvaged from last week’s crash between Prince Phillip’s Land Rover and a Kia near the Queen’s Sandringham Estate in Norfolk.

The seller said 100 per cent of the proceeds from the sale would have been donated to Cancer Research UK.

The listing read: “These items are not stolen, they have been left at the roadside for way too long.

“It amazes me that they weren’t cleaned up on the day.

“So, as opportunists do, I tidied them up.

“There’s no financial gain in this for me, all proceeds going to charity.

“It’s a bit of fun, and Cancer Research get to benefit.”

However, eBay has since removed the listing on grounds of “suspicious activity”.

An eBay spokesperson told Driving.co.uk: “This listing has been removed in line with our policy relating to the sale of any item that seeks to profit from human suffering or tragedy.”

0 2
Previous ArticleOpinion: Diesel’s not dead yet but it is dyingNext ArticleHybrid braking systems now featured in Our Virtual Academy training course