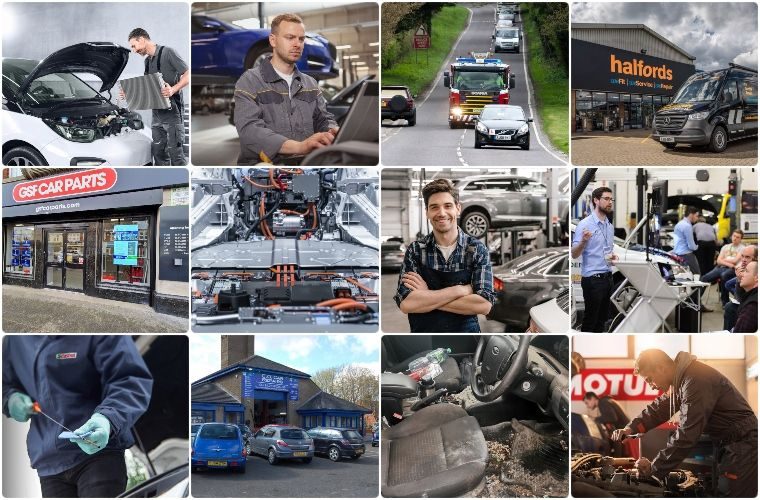 As the year draws to a close, Garage Wire lists the headlines followed by just a snippet of the articles that were most-read on Garage Wire in the last 12 months.

Independent garages are undervaluing their services and failing to cover business costs in their hourly labour rates, a recent study showed.

The findings acknowledge what any intelligent business owner will already know – too many workshops are in a race to the bottom.

The study by the Independent Garage Association (IGA) revealed that the average labour rate charged by an independent is just £47.47.

My wife pays more for her hair cut.

A woman has claimed that a single tweet has helped to save her father’s garage business as lockdown restrictions continued to severely affect the number of jobs entering the workshop.

Harley Walsh posted a photo of her dad, Jim, in the hope of drumming up work.

The garage had remained open throughout lockdown as an essential service but dwindling customers meant the business of 35 years was “in crisis”.

Customer numbers had dropped from five per day to fewer than five per week in recent months but within an hour of posting on Twitter, the tweet had been shared over 1,000 times, snowballing to over 19,000 shares in less than a week.

An Audi dealership has been criticised after the owner of an Audi RS7 discovered his new car had been driven at speeds of up to 122mph while in the care of the garage.

Imran Aslam had dropped off the car at Bolton Audi for a vehicle health check before noticing the his vehicle tracking device, which records the location and car’s speed, was triggered.

He claims the car was being driven at 122mph.

An independent garage has been fined £10,000 and ordered to pay a further £10,000 in costs after an employee suffered life-changing injuries when he fell into a vehicle inspection pit over two years ago.

Earlier this month, Portsmouth Magistrates’ Court heard how on 3 September 2018, an employee of GP Motors Works Ltd on the Isle of Wight fell into a vehicle inspection pit more than 5ft deep whilst carrying out mechanical repairs to a nearby vehicle.

The vehicle inspection pit was partially covered with a small vehicle leaving around 7ft of the pit uncovered and without any other measures in place to prevent any risk of falls.

An MOT centre has been fined £80,000 and ordered to pay costs of £8,167 after an oil drum it supplied exploded and killed an agricultural engineer.

Christopher Chatfield, an experienced agricultural engineer, was making metal pheasant feeders for the local game shoot at Puddock Down Warboys, Cambridgeshire, on April 21, 2017.

Police are searching for three men in connection with thousands of pounds worth of car repairs not being paid.

A Nissan Navara, was taken to a garage business in Colchester for repairs but on collection the men were not satisfied with the work.

Another appointment was made for the work to be carried out and the car was taken without payment and didn’t return for the scheduled appointment.

The AA has launched an investigation after a vehicle that one of its employees was repairing rolled away and knocked down its owner.

Robert Crichton called for assistance when his battery died before moving his car to the side of the road, parking it on a kerb so the wheel was wedged and wouldn’t move while awaiting for a patrol to arrive because the electronic handbrake was failing to function without power.

The AA patrolman arrived and to replace the battery but, according to Robert, leaned on the car, causing it to begin rolling.

Robert chased his Volkswagen Passat but became trapped against a tree before being thrown up on to the roof of the car.

A mechanic who took who crashed a customer’s car into another vehicle while drunk has been handed a suspended prison sentence, a 120-day alcohol abstinence programme where an electronic tag will be fitted to his ankle to measure his intake, ordered to attend 15 rehabilitation sessions with the probation service and to pay £750 compensation.

The 28-year-old tried to overtake two cars “at speed” and then struck another one which was coming in the opposite direction.

Both he and the driver of the other vehicle had to be taken to hospital where a blood test, taken 90 minutes after the crash, found the defendant to be almost twice the drink-drive limit.

A Yeovil MOT tester who issued 55 MOT certificates during lockdown without ever testing the vehicles has been sentenced, Somerset Live reports.

A Birmingham garage business has been fined £28,000 after two workers suffered serious burns in an explosion, leaving one needing five skin grafts.

The employees were using brake cleaning fluid to clean the grease from the walls of a vehicle inspection pit in the workshop at STA Vehicle Centres on March 27, 2020, Birmingham Magistrates’ Court heard.