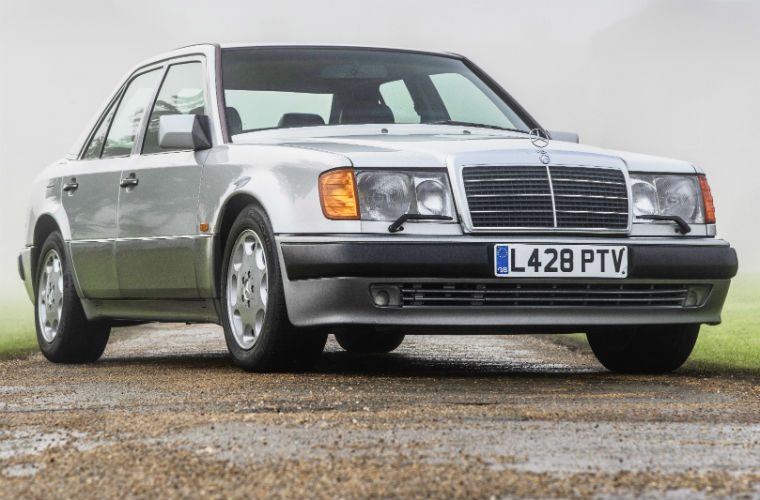 The Mercedes 500E is one of only a few left-hand drive models.

The famous actor and comedian is to auction off two of his cars at Silverstone Auctions at its Race Retro Classic Car Sale next month.

The Mercedes-Benz 500E is a rare, hand-built model in left-hand drive and has covered a mere 85,000 kilometres.

It is actually the second 500E owned by the renowned comedian and actor, who was so impressed by the first model he bought new in the 1990s that in 2015 he set about finding a best of breed example – which is the one now being offered for auction.

The exterior, finished in Silver, is in outstanding condition and the car is offered with a comprehensive history file, original book pack and spare set of keys.

Also up for auction is Rowan’s other modern classic – the Lancia Thema 8.32 Series 1.

As a renowned classic car enthusiast, Rowan chose this model because of its rarity as a Series 1 model, which is confirmed as there are less than 20 examples currently registered and taxed according to the DVLA.

Finished in red and housing the V8 32-valve engine from the Ferrari 328, this excellent condition left-hand drive example, complete with beige velour upholstery, has been in Rowan’s ownership for the last seven years, during which time a considerable sum has been spent maintaining and improving the car.

“Both are particularly fine examples of their marque and built in low numbers in left-hand drive only, offering the opportunity to own a modern classic with a distinguished past, possibly for a bargain price.”