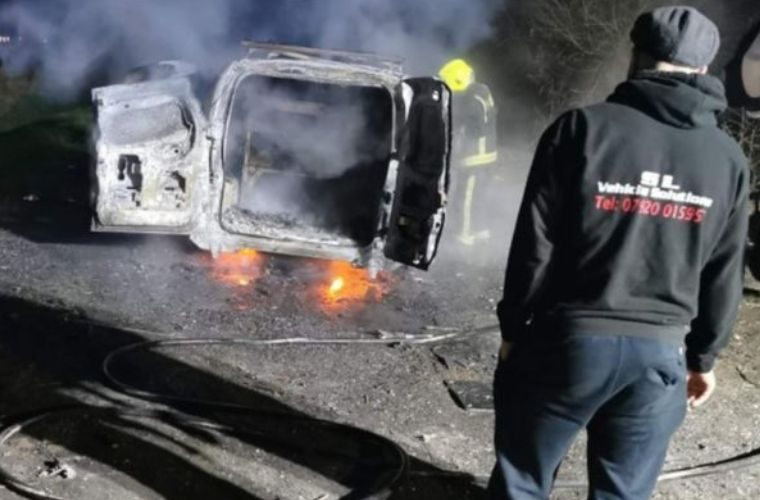 A kind-hearted stranger has launched a GoFundMe appeal for a mechanic who had £15,000 worth of tools stolen from his van before it was abandoned and set on fire.

Simon Lake lost every all of his equipment when thieves stole his Fiat Fiorino van from a Doncaster motorway service station before setting the vehicle ablaze.

After hearing of the incident on social media, Claire Burgin set up a GoFundMe page to raise £5,000 for new tools and a van for Simon.

Firefighters were sent to the scene of the blaze in Hatfield at around 1am on Monday, with police also at the location after the van was stolen from the nearby Doncaster North services at the intersection of the M18 and M180.

Simon’s wife, Sue said: “He’d nipped inside the services for a couple of minutes to buy a coffee and when he came out, the van had gone.

“They took absolutely everything inside – even his coat and hat – before setting it on fire. It’s unbelievable.”

“The van was insured but he couldn’t afford to insure the tools as well – it just costs too much.

He is now managing to operate for the time being using borrowed tools and a van loaned by Elmfield Farm.

She added: “Claire has been an absolute angel. I can’t thank her enough for what she has done.

“It has left us feeling really down and upset so this has restored our faith in humanity.”